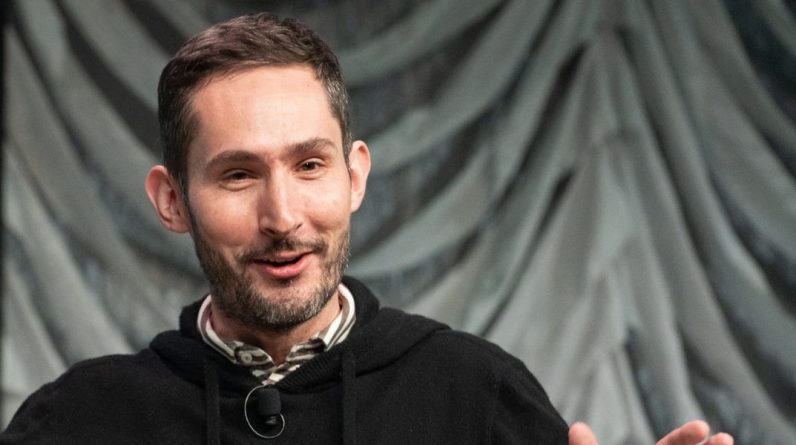 Instagram co-founder Kevin Systrom has been approached as a candidate for the post of CEO of Dictok, The New York Times reports Thursday.

Dictok does not have a CEO Since late August, When Kevin Meyer resigned from the post after three months in office. But according to the agreement to keep Dictok in the US, the company will have to get a US CEO to show that it has split from its Chinese parent company, Byte Dance. Vanessa Pappas, the U.S. general manager of Dictok, has been the executive chief executive since the mayor’s resignation.

The Times reports that talks between Dictok and Systrom are “preliminary” and no final decision has been made. Systrom merged with Instagram in 2010 and served as CEO of the photo sharing app through its Facebook acquisition until he and other Instagram co-founder Mike Grieger resigned in September 2018.

There is a clear picture of Dictok’s restructuring designed to satisfy the U.S. government’s national security concerns Emerged this week. As part of the deal, Dictok will be broken up into its own U.S.-headquartered company, and U.S. investors will take the majority of its ownership from Bite Dance, according to Bloomberg and Reuters. Oracle is expected to take a 20% stake, while Walmart and other investors will take a smaller stake.

Bloomberg says that as part of the deal – which requires the approval of President Donald Trump and the Chinese government – Dictok will appoint a US CEO and a board of directors consisting mostly of Americans.

Dicktock did not have a global CEO before appointing the former Disney executive mayor in June. This created a situation in 2020 to prove the break from Bite Dance. The mayor in his resignation cited “corporate structural changes” and the changing “political environment.”

Systrom founded Instagram with Greiger in 2010, two years before Facebook bought it for $ 1 billion. Systrom and Krieger abruptly resigned from their leading roles on Instagram in September 2018, a move Before Bloomberg said at the time that there were “growing tensions” between Instagram co-founders and Facebook CEO Mark Zuckerberg over the direction of the photo sharing app.