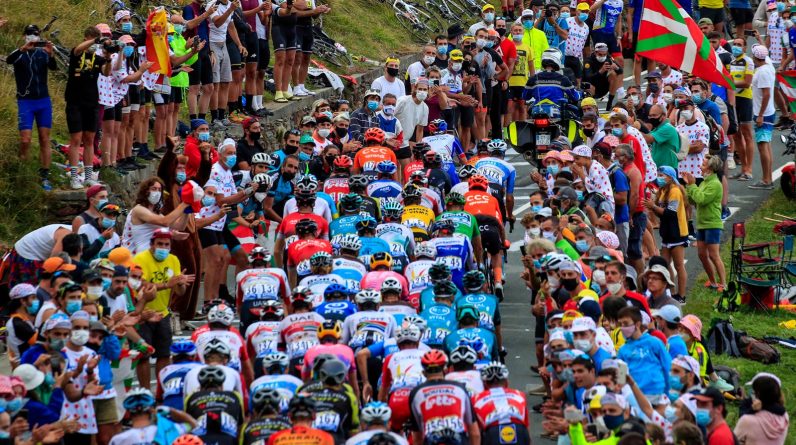 All riders in the Tour de France are free to continue racing on Tuesday, and the corona virus has been removed for all. Four team employees from different teams were tested positive and sent home from the race. Race director Christian Prudhom is also said to have tested positive.

In an official statement, race organizers did not confirm previous media reports, but one rider did not test positive, but one team member said, “Team Copidis, AG2R, La Montiel, Aeneas Grenadiers and Mitchellton-Scott each tested positive.”

The same report states that a “technical service provider tested positive and left the race.”

Luxembourg media RDL reported that Prudhomme will leave the race for seven days and that his vice-president Fran பிரான்ois Lemarchand will take over the race direction duties. Prudhomme shared a car with French Prime Minister Jean Costex over the weekend.

According to a media report, an employee at Desynink-Quickstep was re-tested following an apparent error in the first test on Tuesday morning. The employee then tested negative.

This is from DQS: ‘There was an error with the sample given by the individual yesterday in the lab, i.e. they were taken to rest this morning. The result of this second test has turned negative, and we will continue to compete naturally. ‘

A total of 841 corona virus tests were completed on Sunday and Monday, according to UCI and ASO.

Any rider or crew member who tests positive for the corona virus during the tour will be sent home. Two confirmed positives within a team will see the whole team expelled.

After a day off yesterday, the Tour de France continues today on the west coast of France with an mostly flat grid from ol de Olliron to L de Ray. Crosswinds may feature.

Riders and crew will be tested again for the corona virus on the second rest day of the race, which is scheduled for next Monday after stage 15 is over. Should anyone from Cofettis, AG2R La Montiel, Aeneas Grenadiers or Mitchelton-Scott record another positive test? The entire team will be eliminated from the race.