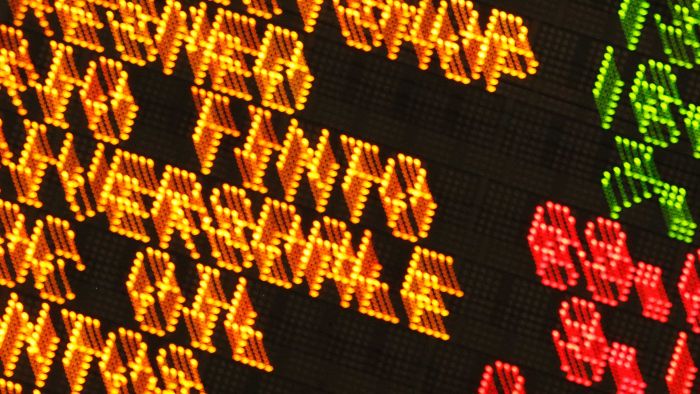 At the end of reporting season for Australia’s publicly listed companies, it’s clear COVID-19 has been a payday for some but destructive for others.

“It is the weakest outcome in the decade we’ve been tracking interim and final reports with an end-June or December financial year,” said CommSec’s chief economist Craig James.

Full-year earnings were down 38 per cent, which led to a 36 per cent fall in aggregate dividend payments to investors.

“The normal situation is about 85 per cent of companies reporting dividends,” Mr James told The Business.

“What they’ve done instead is to shore up their cash position and that augers well for the future.”

Who were the big winners?

Broadly, pockets of retail and mining were the bright spots.

This should come as no surprise considering how many people rushed to set up home offices or were bored at home and filled their time online shopping, as well as soaring prices for iron ore and gold.

The other COVID pay cut

Millions of Australians will be taking an indirect pay cut from COVID-19, through their shareholdings and super funds, explains David Taylor.

But not everyone in retail was a winner.

Scentre Group, which owns Westfield shopping centres in Australia, posted a $3.6 billion half-year loss as lockdowns forced some retailers to close, while others chose to close and some simply stopped paying rent.

The shopping centre owner fought back as it handed down its results, locking some retailers out of its buildings.

The retail winners included JB Hi-Fi — which reported a $302.3 million profit, up 21 per cent on the year before — and online retailer Kogan which posted a 56 per cent profit increase to $26.8 million.

“You had to be an e-commerce consumer, but we saw record highs across the board for the likes of JB Hi-Fi, Kogan, Temple & Webster, Red Bubble, Adairs,” observed Karen Jorritsma, head of equities Australia at RBC Capital Markets.

“Anything that was doing online had a record high because the results have been very strong.”

Long queues outside Bunnings and a rush on home office gear at Officeworks boosted revenue for owner Wesfarmers by 11 per cent. 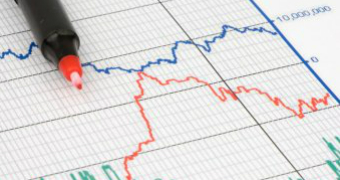 Got shares but don’t know a balance sheet from an income statement? Our profit reporting season guide will help you cut through some common jargon and has a calendar of all the key dates.

But it recorded a 69 per cent fall in profit, to $1.7 billion, largely because last year’s result was so good due to profits from the Coles demerger.

Rio Tinto’s profit was down 20 per cent to $4.5 billion, but investors were happy, taking home an increased dividend.

BHP’s profit was also lower, down four per cent to $11 billion.

BHP chief executive Mike Henry told The Business he expected demand from China for Australian iron ore would remain strong for a few more years until the “mid-2020s where we start to see Chinese steel demand move into a little bit of a decline”.

Analysts at Bank of America said BHP’s results were “broadly in line” with expectations.

“Miners didn’t have the same sort of disruption as a lot of other companies,” said Mr James.

And what about the losers?

It’ll come as no surprise that travel-related companies were among the biggest losers this reporting season, as their business model was effectively shut down.

It has stood down or laid off about 70 per cent of its staff and closed about half of its physical stores globally since the pandemic hit.

“I don’t know if I had any expectations for the travel sector,” said Ms Jorritsma about whether it met or missed the mark.

“I think we headed into it with a great amount of uncertainty.

“We had seen some capital raisings ahead of reporting season from a couple of the names to make sure they had the balance sheets to get through this period.”

What about the banks?

It’s the sector with the most investors, either directly or indirectly.

But after the Australian Prudential Regulation Authority (APRA) advised banks to hold onto at least half of their revenue, there was only one direction dividend payments would go this year — down.

The Commonwealth Bank is the only one of the big four to report annual results at this time — it posted a 12 per cent profit increase to $9.6 billion.

But it wasn’t a payday for investors, who’ll take home a reduced dividend as the bank pays out 49.95 per cent of its second-half statutory earnings in line with APRA’s order.

Its preferred measure — cash earnings — was down seven per cent on the same time last year at $1.55 billion.

It’s cutting its dividend by 70 per cent.

Westpac shareholders were told they will not receive an interim dividend for the first half and the bank is reassessing dividend payments at its full-year results in November.

COVID-19 is becoming a banking crisis 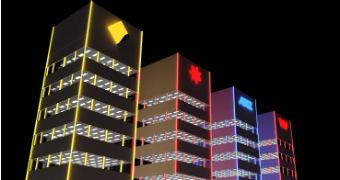 Will the COVID-19 economic slump be as bad for Australia’s financial institutions as the early ’90s recession? You can bank on it, writes Ian Verrender.

Overall, the bank reported unaudited net profit for the third quarter of $1.12 billion, with its preferred measure of cash earnings coming in at $1.32 billion.

ANZ rounded out the big four, reporting a third-quarter statutory profit of $1.3 billion.

Its preferred measure, cash profit from continuing operations, was slightly higher still at $1.5 billion, which was more than double its quarterly average over the first half of its October 1 to September 30 financial year.

The big thing investors and analysts were looking for this year was guidance — and there wasn’t much of it.

“A lot of the companies were really quite reticent to provide any real guidance given the environment remains so uncertain,” Ms Jorritsma told The Business.

“Really the only areas we did see some guidance was some of the tech companies that were quite happy to point to the fact that conditions look very favourable for them.

“Some of the online retailers are clearly having a structural tailwind which has been very supportive and then a few of the mining companies — but it was very few and far between this time.”

“That’s understandable; I don’t think investors are too disappointed by that,” he said.

“What we will need to see is a lot more updates to keep us on track of what the current situation is.”

While most companies shied away from giving a hint to where they see the next 12 months of their operations heading, one thing’s for sure — with no vaccine, hard borders and a globally increasing infection rate, COVID-19 will continue to dominate the economic landscape this financial year.

See also  Commonwealth Lender outage has an effect on customers across Australia, like on Netbank