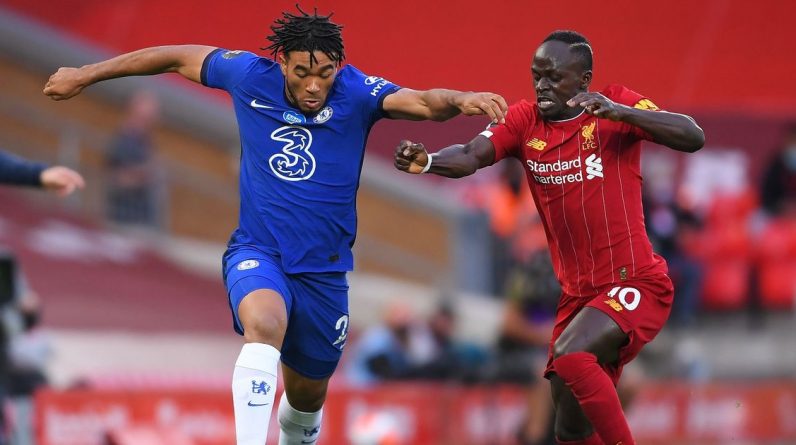 Sky Sports have announced their first set of live televised fixtures for the 2020/21 Premier League season starting with the opening day clash between Liverpool and Leeds.

Jurgen Klopp’s champions begin the first defence of their title by welcoming the winners of the Championship to Anfield.

It will be the first league meeting between the sides since 2004 as they prepare for an evening kick-off on September 12.

The first Super Sunday of the campaign will see a double header as promoted West Brom host Leicester at The Hawthorns, followed by Everton’s trip to Tottenham.

Sky are also covering Brighton’s clash with Chelsea at the Amex Stadium on Monday Night Football to complete their broadcasting duties for the opening weekend.

All three of Liverpool’s opening fixtures will be shown on Sky with their matches away at Chelsea and home to Arsenal also in the 12-game announcement.

Man Utd’s second match of the season against Crystal Palace is also included in their package, as well as a tasty tie between Arsenal and West Ham the following day.

Sign up for the brilliant new Mirror Football newsletter!

From the latest transfer news to the agenda-setting stories, get it all in your email inbox.

Put your email at the top of this article or follow the instructions on this link.

Two of Man City’s fixtures are also being screened, with their tricky trip to Wolves on the night of Monday September 21 and their showdown with Leicester at The Etihad six days later part of the selection.

West Brom vs Chelsea and Fulham vs Aston Villa make up the list with further announcements to come once the season gets under way.

Sky are sharing the broadcasting again this season with BT Sport and Amazon Prime, both of whom are yet to announce their fixtures.

Here are the first fixtures being shown live by Sky Sports:

Sign up to the Mirror Football email here for the latest news and transfer gossip.