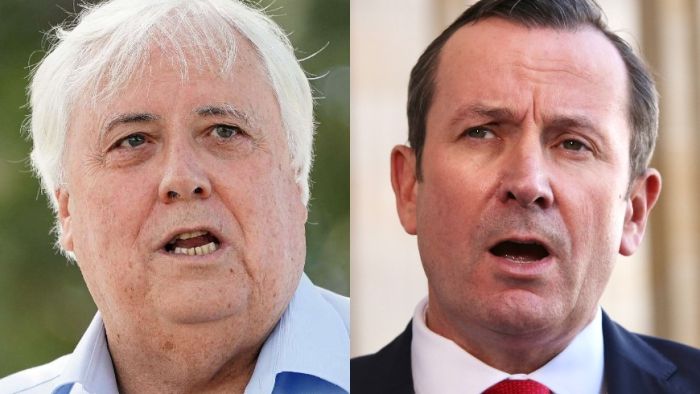 The West Australian Governing administration is facing another lawsuit from Clive Palmer, with the Queensland businessman suing the state for “unconscionable conduct”.

Mr Palmer’s hottest claim is in addition to about $30 billion he is demanding as component of an iron ore dispute with the State Government.

Mr Palmer claimed the newest declare, lodged in the Federal Court, would be served on the condition inside of 21 days.

Below that arbitration struggle, Mr Palmer is trying to find about $30 billion in damages, expenses and curiosity above a final decision to deny him acceptance to establish the Balmoral South iron ore challenge in the state’s Pilbara area.

Mr Palmer said laws would be “for very little” mainly because the Higher Court docket would deem it unconstitutional.

“The easy fact is the point out of Western Australia does not have the energy to handle either the Federal or the Significant Courtroom of Australia,” Mr Palmer mentioned in a statement.

“The amount of damages is probable to exceed the damages claimed in arbitration the state had earlier agreed to but legislated to terminate.

“Mineralogy’s motion in the Federal Court docket will final result in a better quantity of damages and the Significant Court of Australia will, in my view, discover the act unconstitutional.”

WA is now fighting a flurry of lawsuits towards Mr Palmer.

There is also a situation in the Queensland Supreme Court docket, with WA fighting to overturn a past ruling that the awards manufactured in arbitration in excess of the iron ore dispute ought to be “enforced”.

And, on prime of this hottest Federal Court action, Mr Palmer has continuously signalled he will obstacle the validity of the laws in the Higher Court.

Mr Palmer is also complicated WA’s interstate border closure in the Significant Courtroom, with a choice expected afterwards this yr.

Mr McGowan dismissed the defamation case as a “personalized lawful battle”, indicating he would not be distracted by it.

“I is not going to get a backward stage when it will come to safeguarding the interests of Western Australia,” Mr McGowan reported.

“I will usually stand up for WA.”

Mr Palmer has also introduced an marketing blitz towards the WA Governing administration, with a flurry of newspaper and radio commercials attacking the state’s handling of the iron ore dispute and the border closure.