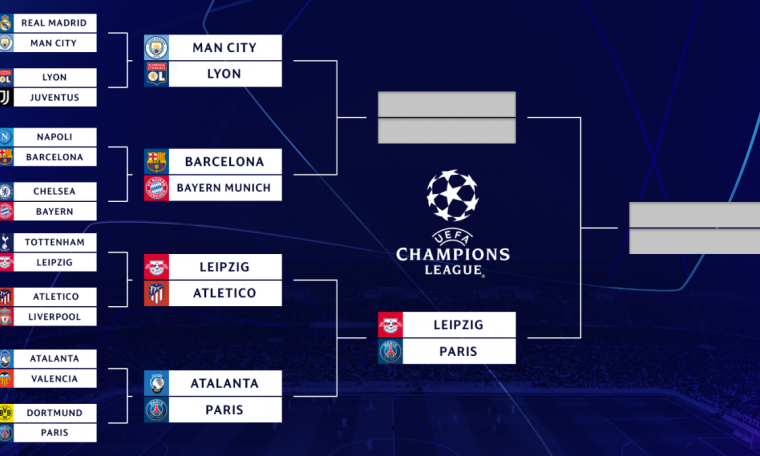 After a 148-day layoff, the UEFA Champions League resumed play last week with four terrific matchups to round out the quarterfinal field. The quarterfinals kicked off Wednesday, and now only six teams are left in the battle for the Champions League crown. Every match the rest of the way kicks off at 3 p.m. ET and can be directly streamed on CBS All Access.

The scene has shifted to Lisbon, Portugal, for the quarterfinals. Paris Saint-Germain squeaked past Atalanta with two late goals in the dying moments. On Thursday, we were treated to an American surprise with Tyler Adams, who spoke to CBS before the match, opening up his account for RB Leipzig and lifting his team past Atletico Madrid late in the quarters. It will be a frantic sprint to finish line as the tournament is set to wrap up on Aug. 23, marking the first time the final will take place on a Sunday.

You will find a complete look at the schedule for the rest of the tournament by clicking here. You can stream every match on CBS All Access. Sign up now and enjoy one month of CBS All Access for free ahead of the opening match.

For now, here’s a look at the bracket and how things are set to play out.

So who should you back in the Champions League round of 16? And where does all the betting value lie? Visit SportsLine now to find out which side of the money line has all the value in every Champions League match, all from the proprietary European soccer model that’s up an eye-popping 13,800 percent.