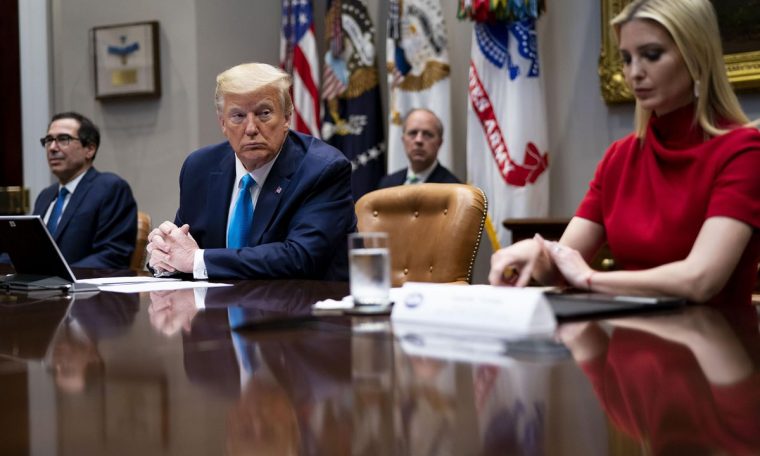 The Senate returned last Monday after weeks of speculation about what could be in the next stimulus bill, we have our first concrete signs of what Senate Leader Mitch McConnell (K-KY) is calling CARES 2.

To set the stage, remember that the Democrats in the House of Representatives passed the Heroes Act in May. It was largely seen as too expensive, costing over $3 trillion. The bill to be presented by Senator McConnell is expected to be around $1 trillion.

That’s a big gap they need to cross during a short window for negotiations. Early in the negotiation process, there was dissent between even the White House and Senate Republicans over many aspects of the bill.

But in the first week of negotiations, it appears that an agreement has been reached in principle including financial assistance to schools, funding towards testing and tracing, and favoring a stimulus check over a payroll tax cut.

This, however, does not include the support of the Senate or House Democrats… yet.

The Proposal To Be Presented by 8 Senators

In a floor speech last week, Senator McConnell named eight of his fellow Senators and explained who would be presenting each component of the bill. It’s not clear if these will be separate bills or different parts of a single bill. Breaking up the stimulus package into multiple bills something that House Speaker Nancy Pelosi (D-CA) has said she opposes.

In fact, on ABC’s “This Week” on Sunday, White House Chief of Staff Mark Meadows suggested that they would try to pass unemployment insurance, a retention credit, liability shield, and additional funding for schools first and then negotiate on the rest of the bill “in the weeks to come.”

As for tomorrow, Senator Chuck Grassley (R-IA), Chairman of the Committee on Finance, will spearhead the aspects of the proposal that deal with jobs and the economy – including the next round of stimulus checks. This will also include how the next round of federal unemployment benefits will be implemented.

Senator Marco Rubio (R-FL), Chairman of the Small Business Committee, and Senator Susan Collins (R-ME) are expected to present a “sequel” to the Paycheck Protection Program (PPP). They previously proposed the Keeping American Workers Paid and Employed Act in March and that could give us a preview of what would be in a sequel to the PPP.

Senator Lamar Alexander (R-TN), Chairman of the Committee on Health, Education, Labor and Pensions, along with Senator Roy Blunt (R-MO) and Senator Richard Shelby (R-AL) would present the funding package for schools and universities.

Senator Mitt Romney (R-UT) would include a bill that would “help a future Congress evaluate bipartisan proposals for protecting and strengthening the programs that Americans count on.” This bill was recently sponsored by Senator Romney and is the S. 2733 – TRUST Act which establishes “congressional rescue committees to develop recommendations and legislation to improve critical social contract programs.”

Senator John Cornyn (R-TX) was named in the speech but Senator McConnell did not elaborate on his role in the proposals. He recently sponsored S. 4290 – A bill to provide much needed liquidity to America’s job creators but the text is not yet available.

If you want to watch along, the Senate broadcasts all its floor proceedings online. You listen to Senator McConnell discuss this package on July 23rd at the 6 hour and 38 minute mark of the archived video footage.

What could we see in each of these proposals?

The President promised the check would be generous, economists urged it should be recurring and direct, and Senate Leader Mitch McConnell (R-KY) suggested that it should only go to those earning under $40,000 – what is expected to be offered in the bill tomorrow?

If so, the next stimulus check will be a $1,200 one-time payment to all Americans who earn less than $75,000 including $500 for each dependent. This would be structured similar to the first one, as an advance on a refundable tax credit.

Joint filers would get $2,400 for those who earned less than $150,000. If you earn more than those amounts, your stimulus check will be reduced by 5% of your adjusted gross income above those limits.

For insight on how Democrats would respond to this proposal, we can turn to the Heroes Act that was passed by the House of Representatives in mid-May.

It appears that the stimulus check in this bill is not “more generous” than the Heroes Act but is more generous than only giving one to those who earned less than $40,000.

Previously, Treasury Secretary Steven Mnuchin said that the White House was open to replacing the benefit with a smaller one. Most recently, White House economic advisor Larry Kudlow said that would be capped at 70% of the worker’s usual pay.

I expect the bill to propose a flat unemployment benefit of $100-$200 per week with the benefits lasting through the end of the year. After that, the benefit would drop to better align with the person’s actual lost income but capped at 70%. The challenge with this proposal is that it’s difficult to administer benefits capped at a percentage of previous income.

This is significantly lower than the $600 per week benefit offered in the Heroes Act, which was an extension of the unemployment benefits created in the Cares Act.

The Cares Act put a moratorium on evictions that applied to buildings with a mortgage backed by the government. Landlords of those buildings were also not allowed to initiate eviction proceedings or charge additional fees or penalties for nonpayment of rent. Renters are still required to pay rent during the eviction grace period and may face repercussions for nonpayment, including eviction after the moratorium ends.

That moratorium expired on July 24th and on CNN’s “State of the Union,” Kudlow also said that moratorium would be extended in the next package.

It’s unclear how long it would last but it could extend until the end of the year. The Cares Act had a 120 day moratorium and Cares 2 could repeat that figure or extend it even longer.

I expected the proposal will not add additional funding to state and local governments but instead offer flexibility to the funds already allocated by the Cares Act. It may allow state and local governments to use Cares Act funding to make up for those lost revenues with some restrictions – such as states cannot use the funds for pensions or retirement benefits, to replenish a “rainy day fund.”

This is what was included in a draft proposal shared by the New York Times – the proposal also said that they “expect to get some added in negotiations.”

In the Heroes Act, House Democrats included approximately an $1 trillion aid to state and local governments impacted by the coronavirus. With so many areas shut down, tax revenues have gone down sharply and this funding was meant to help deal with that shortfall.

Adding more funding was a top priority of Democrats and so this sets up a big showdown in the final bill.

Senator McConnell has said he wants to see a five-year liability shield for businesses, non-profits, schools, medical providers and professionals dating back to the start of the year. This would protect them from “frivolous” lawsuits arising from the pandemic.

This won’t necessarily have a direct financial impact for many Americans but it does create a point of contention with Democrats, who called for more OHSA regulation in the Heroes Act, and is another speed bump in getting the bill passed.

Several Republican lawmakers proposed “return to work” bonuses, including Senator Rob Portman (R-OH) and Representative Kevin Brady (R-TX). They saw enhanced unemployment benefits as a disincentive to return to work and a “return to work” bonus was seen as a way to add stimulus without the moral hazard. Both proposals would pay the employee a bonus for returning to work.

Larry Kudlow mentioned “retention bonuses” and “tax credits to small business and restaurants” on CNN’s “State of the Union” but didn’t expand either. If it’s like the Cares Act, then the bill will create tax credits for business and not direct payments to returning workers.

The Cares Act created an Employee Retention Tax Credit equal to 50% of qualified wages paid to an employee until January 2021 with a limit of $10,000 in wages per employees. This means the tax credit is limited to $5,000 per employee.

If we look at the Keeping American Workers Paid and Employed Act one-page summary, we see that it’s structured similarly to the first PPP. It does help businesses retain their employees with low cost loans that could be forgiven if used for payroll but nothing directly to employees returning to work.

There was no mention of a retention bonus paid directly to employees so we will have to wait and see what is proposed.

President Trump had repeatedly called for a payroll tax cut and in a recent interview with Chris Wallace on “Fox News Sunday,” he said that he may not sign a stimulus bill if it doesn’t include a payroll tax cut.

The payroll tax cut was a priority for the White House but it didn’t have a lot of support from Republicans. It will not be included in the next stimulus package.

On CNBC on last Thursday, Treasury Secretary Mnuchin said that the payroll tax cut will not be included in the base bill. President Trump followed up with a tweet that blamed Democrats for its exclusion:

This sets up a scenario in which he can sign a bill without the payroll tax and still blame it on the Democrats – a positive development.

There wasn’t much time when Congress returned to work last week – there is even less time now after a week of negotiations between Senate Republicans and the White House.

The Senate is set to recess on August 7th and the House of Representatives is set to recess on July 31st. House Speaker Nancy Pelosi has said she is willing to delay the recess to pass a stimulus bill but Senator McConnell has not. This leaves them with a deadline of August 7th. That’s only 10 business days to get a deal done.

If they cannot come to an agreement by then, and Senator McConnell does not extend the Senate work period, neither chamber is set to return until after Labor Day at the beginning of September.

Treasury Secretary Mnuchin seemed confident a deal could be made. On Saturday, he told reporters at the Capital that he expects that the majority of the checks would be out by August.

How Soon Could You Get A Second Stimulus Check?

Second Stimulus Check Income Limit Will Likely Be Higher Than $40,000

Next Stimulus Bill Will Likely Have These Three Major Changes

The Next $600 Federal Unemployment Benefit Will Likely Be Smaller