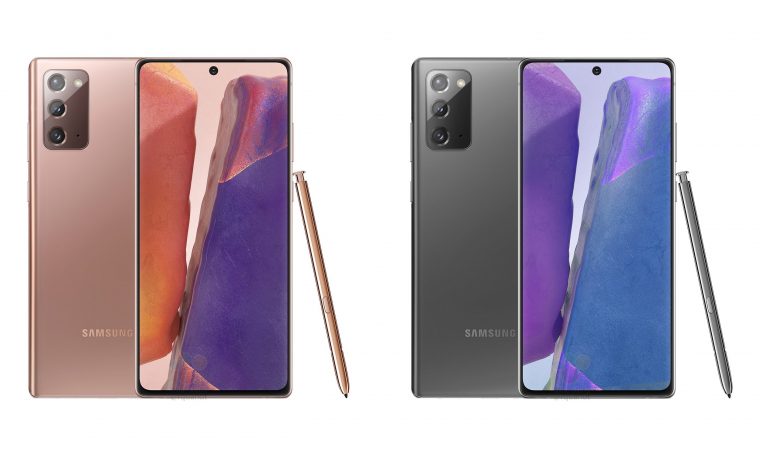 Samsung’s Galaxy Note 20 is being announced in just a few weeks, and ahead of that, specs are starting to leak out. Following a spec dump on the larger Note 20 Ultra earlier today, the smaller model is now being detailed in full.

WinFuture reports today that the Galaxy Note 20 will feature a spec sheet that’s overall similar to the Ultra model, but with a few key changes.

One of the biggest changes on the smaller Note 20? Its 6.7-inch display is not only smaller and FHD, but it also sticks with a 60Hz refresh rate and ditches the curved edges, too. Overall it’s a downgrade, but on a personal note, I’m glad there’s an option with no curved panel.

Beyond the display, the processor, at least in Europe, is the same Exynos 990. 8GB of RAM and 256GB of storage will be the only available tier as well.

One other big change is that some models may have a plastic back. At least, the material may not be Gorilla Glass 7. The phone will also launch in Mystic Bronze and Black like the Ultra, but also Mystic Green.

Update 7/23: Following yesterday’s larger leak, Evan Blass has now posted another set of Note 20 images. This time, though, the gallery also includes the Mystic Green color variant that, until now, we haven’t seen. Frankly, it looks a whole lot like the “Midnight Green” iPhone 11 Pro, just with a considerably lighter tone.

The smaller Note 20 is essentially an S20 equipped with an S Pen, not that that’s a particularly bad thing. It’s a respectable spec sheet that will surely cost a bit less than the Ultra as well. Apparently, there will also be a 4G-only model available in Europe which is a nice bonus as well.

The Galaxy Note 20, Note 20 Ultra, and three other devices will launch on August 5.