Home Sports Can Any of These Three Unlikely NBA Finals Happen? 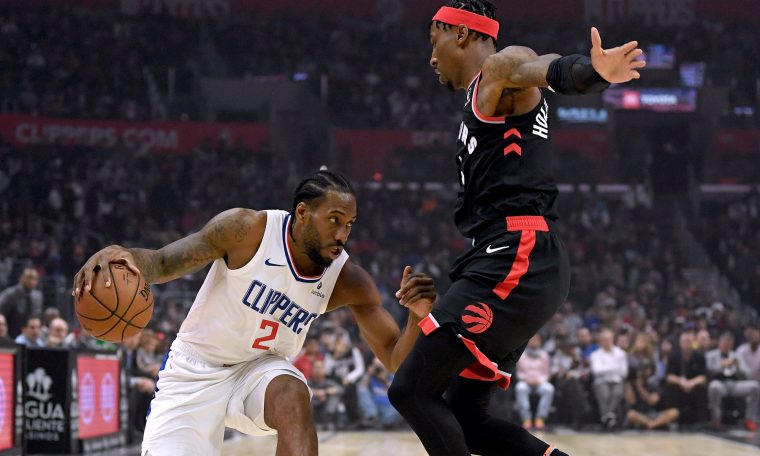 The NBA has been full of shocks of recent years, with the success for the Toronto Raptors for the first time in their history being the biggest of the lot. The Raptors were massive outsiders throughout the season to reach the finals as they had never previously won a Conference title.

However, inspired by Kawhi Leonard, the Raptors were able to create history and defy all expectations to make franchise history.

The unusual situation that the NBA will restart under has opened the door for unlikely teams to once again shine. Playing behind closed doors will mean no home-court advantage for teams, and that could play right into the hands of a number of teams.

Still, despite the Los Angeles Lakers, Milwaukee Bucks and Los Angeles Clippers dominating the betting odds, could there actually be two shock contenders to compete in the finals this season?

Two sides that have star players all over the court may feel as though they have an excellent chance of making the finals under the new circumstances. It will certainly be a match-up that all fans will be desperate to see, as it could potentially end the argument regarding the better player between Joel Embiid and Nikola Jokic.

Both players have shone brightly this season, with Jokic being in consistent form throughout the season to help the Nuggets compete with the Lakers and Clippers in the Western Conference. He has averaged 20.2 points per game this season, which is higher than his career average from before this season.

The best-of-seven series will leave certain elements of a potential match between these sides to chance, and in Joel Embiid, the Sixers have one of the very best defensive players in the league. Embiid has averaged 23.4 points this season, and 11.8 rebounds. He has also not featured as prominently as Jokic, which means he could be potentially sharper by the time that the playoffs come around.

Let’s be honest, one of the dream finals will pit LeBron James against his former side. James enjoyed an excellent four years with the Heat between 2010 and 2014, as he won the NBA Championship on two occasions. He was also named the finals MVP on two occasions while with the all-conquering Heat side between those years. Still, when James left for the Cleveland Cavaliers, the Head went through a phase of uncertainty. But now, they are very much back among the leading contenders for the Eastern Conference.

Nonetheless, whether they have the temperament to come past the Bucks remains to be seen. But, it would seem as though the team that beat the Bucks will be the leading contender in the East. There will be something interesting about the possibility of James coming up against his former side with the NBA Championship on the line.

Two sides that will also have their sights on an emotional reunion in the finals will be the Toronto Raptors and the Los Angeles Clippers. Leonard has been starring for the Clippers throughout the season and the prospect of him coming up against the side that he led to the NBA Championship last season could be too much to bear for some fans.

Raptors fans are still riding the Leonard wave and would be thrilled to come up against the MVP again in the finals.

It would also be a chance for some of the standout stars for the Raptors this season to show their worth now that they are no longer in Leonard’s shadow.

The chances of Toronto winning an unlikely second NBA Championship in a row will likely hinge on Pascal Siakam, who has enjoyed an excellent season as he has averaged 23.6 points per game and 7.5 rebounds.

Here you have our top picks for possible finals that might happen. If you fancy getting further insight on it check out the NBA expert predictions on BetAmerica: https://extra.betamerica.com/nba/nba-free-picks-expert-predictions/