Home Sports This damned Mike French experiment is over 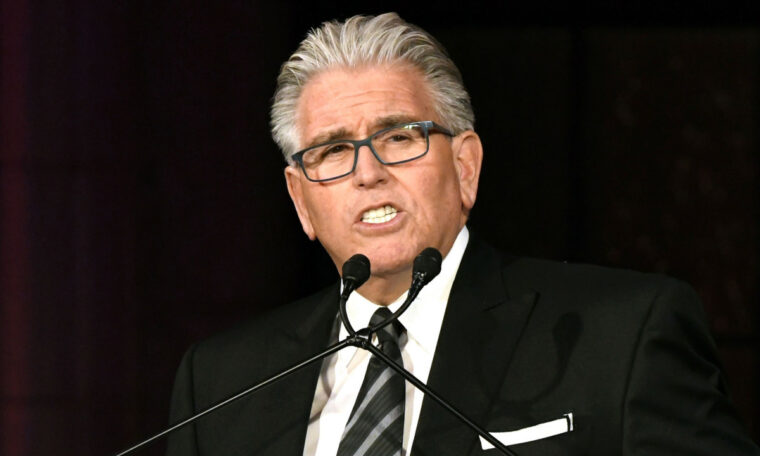 You ask, we answer. The Post is answering readers’ questions about New York’s biggest professional sports teams, and having our rhythm writers answer them in a series of regularly published mailbags. In today’s installment: sports media.

How much longer will French Radio.com’s horrible experiment continue? Many technological problems that it is not even in, limited audience. – Rich Sergi

For the time being, it’s over as French is now doing a 6-7 p.m. show. on FAN, which is broadcast simultaneously on Radio.com.

This setup makes more sense than when I was doing 5-6 p.m. strictly Radio.com broadcasts, which competed with Joe and Evan on WFAN.

Stream vs. Stream, Joe and Evan, according to sources, beat French in that time frame, but still, French listeners would have to realize, they were taking FAN away.

When French would come to FAN for its ridiculously short 6-6: 30 p.m. show, ratings would drop compared to Joe and Evan from 2 to 6 p.m.

There really is no longer a prominent place for French in the FAN, which is not her fault. The folks at Radio.com gave him a three-year contract, which never made sense. They were going to build around a semi-retired radio legend, who’s been mailing it for years? The late start, the format, the loss of vigor of French, everything did not fit.

It didn’t work, and now because the exclusive Radio.com plug has been temporarily disconnected, it makes sense to make it permanent.

French is out of sight, out of mind these days. He had his only viral moment when he went after President Trump for his handling of the pandemic and occasionally gets involved with Twitter user @BackAftaThis.

On top of that, it’s very quiet, which makes you wonder if French will cut back further and only do her NFL Sunday show when fall comes.

What is the situation in Al Trautwig? – Rick McDonough

Nothing has really changed with Trautwig. He hadn’t been hosting Knicks or Rangers on the MSG Network all season due to a personal issue. He did an interview with Rangers President John Davidson, but that was a recorded and unique assignment.

Do you think Marv Albert and the Knicks will be back together and honor him as he deserves?
– @ tombook13

I would doubt it as long as James Dolan owns the team. The correct thing would be to reconcile.

We could go into the whole story that led them to this point, but it would be nice if Dolan reached out to Albert and gave him one night. Albert is the best player-by-player in the NBA of all time and a lot of that was with the Knicks. When you enter the garden, that must be recognized. Dolan would have to be a great man to do it, and if he did, he would look great.

I’m always interested in hearing what established journalists think about journalism’s path first at school versus experience / blogging first. Would they take the same route they would if they could do it again? – @DunlapSports

There is no one right answer, but I think the more experience the better, so as soon as someone can write it is ideal. For young writers, finding your own voice generally takes practice.

Journalism school is good for the basics, and the right teacher can make a difference, but you learn by doing, so the sooner and more often a beginner can write, the better.

With most, if not all, radio programs being done remotely now, is there any chance this will continue in the post-pandemic era? Is there really a much greater advantage to being in the studio when it comes to the product? – @MillManner

I think most, if not all, will return to their studies. All the shows have done a good job of using the technology and making it sound smooth from home. However, there is the advantage of being in the same office for pre-planning and for eye contact and manual signals during the program. Then they will go back to the studios, I think.