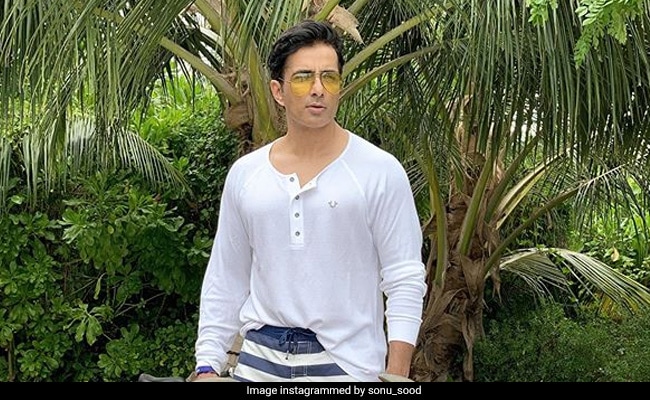 Actor Sonu Sood is busy multitasking these days – he’s arranging to safely send stranded migrants home, and he’s also keeping Twitter fun with cheeky responses to fan tweets. On Wednesday, the day Cyclone Nisarga made landfall off the coast of Maharashtra, Sonu Sood found himself tagged in a meme, which featured a photo of himself looking off into the distance with clear blue waters in the background, likely a memory of holidays. “Sonu Sood waiting for Cyclone Nisarga so we can send him back home,” said the meme, referring to the actor’s redefined reputation of being hailed as a hero on Twitter for his constant efforts to reunite stranded migrants with their families. The 46-year-old actor replied, “Isko bhi chhor kar aata hun (Let me send this home too) “LOL.

Nisarga is the second cyclone storm to hit the country in just two weeks after Odisha and West Bengal were severely affected by Cyclone Amphan last month. Cylone Nisarga made landfall near Alibaug, a vacation destination some 100 kilometers from Mumbai, around 1 p.m. Wednesday. Wind speed slowed on Wednesday night when the storm was forecast to weaken in a cyclone. No damage has been reported from Mumbai so far. In addition to Maharashtra, Gujarat, Daman and Diu, and Dadra and Nagar Haveli were put on high alert due to the cyclone that developed in a low pressure area on the Arabian Sea.

Meanwhile, apart from organizing buses and food for the migrants, who have been walking home since the closure was imposed in early March, Sonu Sood has also launched a free helpline for stranded migrants. It recently arranged a special flight to transport 177 stranded girls from Kochi to Bhubaneshwar. Last month, the actor had offered his hotel in Mumbai for health professionals to stay.