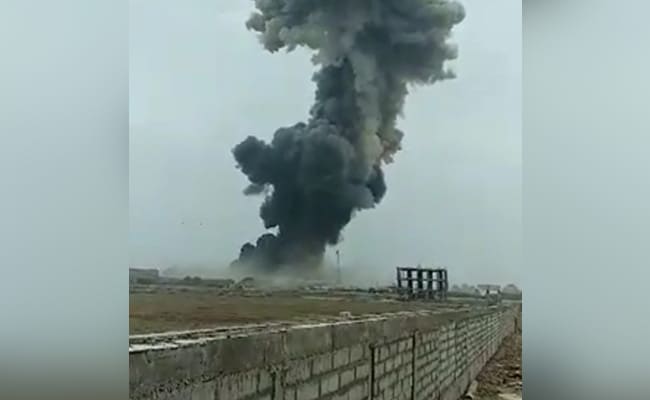 An explosion at a chemical factory that caused a large fire left about 40 workers injured at the plant in Dahej de Gujarat, a mainly industrial area. Ten fire trucks are on site. People in villages near the plant were moved to safer areas because the chemical fire is poisonous, a district official told India’s Press Trust news agency.

In the images, a long column of black smoke is seen coming out of the plant that is in an open area.

“About 35-40 workers received burn injuries after an agrochemical company boiler exploded in the afternoon. All of the injured were transferred to hospitals in Bharuch, and efforts are being made to control the fire,” said the collector of Bharuch MD Modia to PTI.

The fire has affected the entire factory, Modia said, adding that residents of two villages near the chemical plant have been evacuated.

People shared videos of the fire on social media. The plant belongs to the leading chemical Yashashvi Rasayan Pvt Ltd, which produces more than 15 chemicals for industrial use.

Chemical fires are particularly dangerous to people in areas close to the source of the fire since toxic gases could spread widely.

Last month, a chemical leak at a LG Polymers India plant in the Visakhapatnam district of Andhra Pradesh led to the hospitalization of 200 people and 11 deaths; 1,000 more people were affected by the gas leak from the plant that became inactive due to the blockage of the coronavirus. LG Polymers made polystyrene and expandable polystyrene in India. The raw material, styrene, is highly flammable and releases a poisonous gas when burned.