Home Top News UP Man dragged out of the house at night, tied to a tree, burned alive 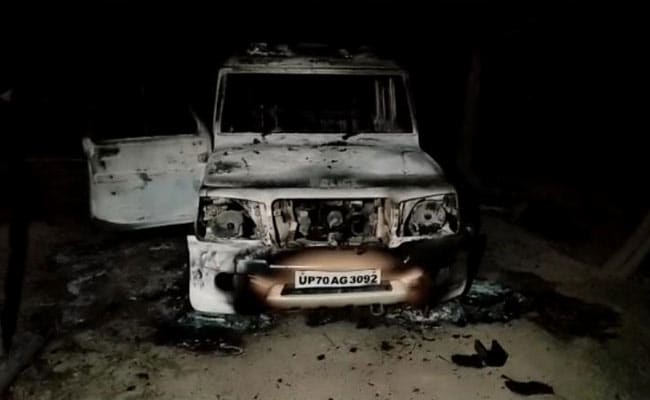 Pratapgarh: Police say two men accused of the crime have so far been arrested.

A 22-year-old man in the Pratapgarh district of Uttar Pradesh, 166 km from the state capital Lucknow, was tied to a tree and burned alive by his neighbors on Monday night. Neighbors in his village were reportedly angered by the man’s alleged affair with a woman in his home.

Reports from the area say several men broke into the man’s home at night, dragged him and tied him to a tree, before setting him on fire.

A police team that arrived in the village after the incident was attacked; Two vehicles and a motorcycle were set on fire and some police officers were injured after being assaulted by a group of villagers who discovered the man’s half-burned body.

The man who died, Ambika Prasad Patel, was reportedly in love with the woman for the past year. However, the woman’s family was against this. Reports say she was selected as a Uttar Pradesh police officer a few months ago and had been posted in Kanpur. A few weeks ago, an intimate photo of the two was circulated on social media.

“The woman and her parents had blamed Ambika Patel for posting and circulating the photo on social media. The woman had filed a criminal case against Patel for allegedly trying to ‘outrage’ her modesty. The same people, the neighbors are now accused of burning him alive, “said Abhishek Singh, Pratapgarh police chief.

Ambika Prasad Patel went to jail after this case was filed, but was paroled on May 1. In March, the Uttar Pradesh government decided to release 11,000 prisoners housed in 71 jails across the state amid the country’s outbreak of coronavirus.

Police say two men accused of the crime have so far been arrested; one of them is the girl’s father. Mr. Patel’s half-burned body has been sent for an autopsy. There is a strong police presence in the town.