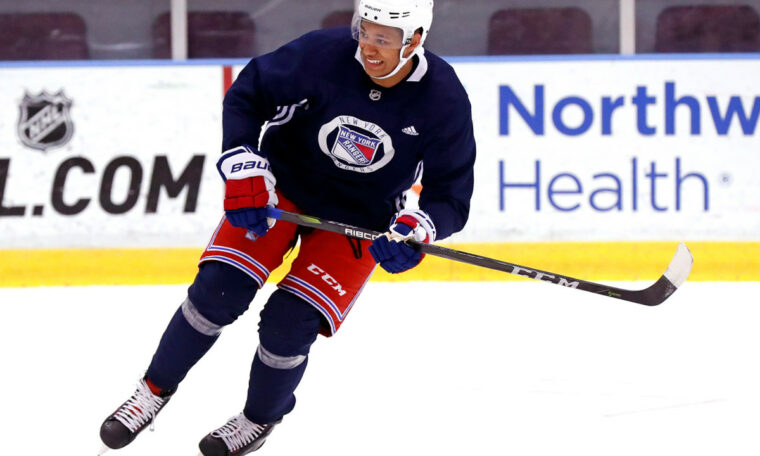 George Floyd’s death prompted Rangers prospect K’Andre Miller to speak for the first time Monday about being the target of hundreds of racial slurs while conducting an online question-and-answer session with fans after signing his NHL contract.

“I have struggled for months to find the words to express my frustration and anger at the Zoom conference call incident when I was introduced after signing my NHL contract,” the 20-year-old black defender wrote in a statement posted on Twitter. “It is something I will never forget.”

Miller waited to head chat hacking april because “it seemed that there were so many other priorities in the world, that it was not my place to speak,” he said, referring to the coronavirus.

But the death of Floyd, a 46-year-old black man who was killed by a white police officer last week in Minneapolis, and the protests that followed led Miller, a Minnesota native, to take a position.

“I fight because I have never been fully accepted by either the black community or the white community,” said Miller. “I fight because for years I have been one of the only people of color on my hockey teams. I was attacked for my career when I was in youth hockey by some coaches, parents and players, but I refused to give up because of my love for the game. “

The NHL and all levels of hockey have long been hotbeds of racism. In 2011, a fanatic in Canada threw a banana on the ice when Flyers forward forward Wayne Simmonds, who is black, was trying to score in a shootout.

Former NHLer Akim Aliu alleged in November that his former coach Bill Peters showered him with racial slurs while playing with Peters a decade ago in the minor leagues. Peters resigned as Calgary Flames coach this season after the allegations, and found a new coach job in Russia.

In response to the Miller incident, the NHL said “No one deserves to be subjected to such ugly treatment and will not be tolerated in our League.”

The Rangers eventually disabled the chat feature, and the call continued without further interruption. Five hundred fans had connected to listen to their new player.

The team’s 22nd pick in the 2018 NHL Draft, Miller signed a three-year, $ 3.825 million contract with the Rangers on March 16, shortly after the league closed due to the coronavirus.