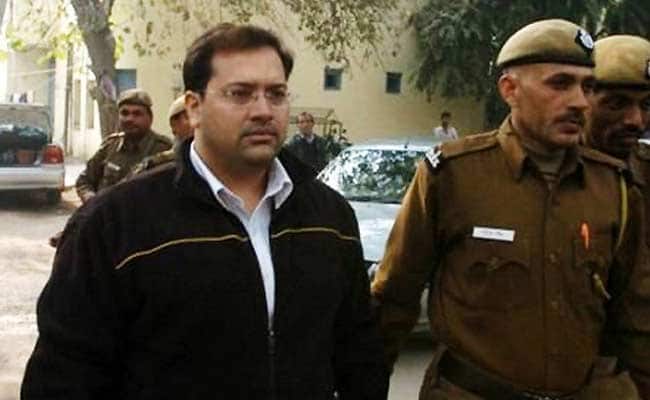 Manu Sharma was convicted of shooting Jessica Lal at a party after she refused to serve him a drink.

Jessica Lal’s killer, Manu Sharma, who was serving a life sentence in one of the highest-profile crimes in the country, has been released early from prison. He was released along with 18 other prisoners from the Delhi Tihar Prison on Monday.

Delhi Lieutenant Governor Anil Baijal signed the decision after a recommendation from the Delhi Sentencing Review Board, which is a department of the Delhi Government. The board had made the recommendation last month at a meeting chaired by Delhi Interior Minister Satyendar Jain.

Manu Sharma, who spent less than 17 years in prison, had been released on parole as part of measures taken by prisons to prevent overcrowding in the coronavirus crisis.

Son of former union minister Vinod Sharma, Manu Sharma was convicted in 2006 of shooting model Jessica Lal after she refused to serve him a drink on April 30, 1999, at a party at the Tamarind Court restaurant in Delhi, owned from the socialite Bina Ramani.

A trial court acquitted him of the murder, but the High Court, which dealt with the case amid outrage and protests across the country, reversed the decision and sentenced him to life in prison. The Supreme Court upheld the sentence in 2010.

For the past two years, Manu Sharma had been in an open jail for “good conduct”; He was allowed to leave the prison to work at 8 a.m. and return at 6 p.m. Manu Sharma, also known as Siddhartha Vashishtha, worked with a non-profit organization for the rehabilitation of prisoners.

In 2018 Jessica Lal’s younger sister Sabrina Lal said she forgave Manu Sharma and would not object if he were released. “I really think she has been doing a good job in prison … it is a burden on me and I feel at peace with myself,” Sabrina Lal had told NDTV. “His conviction was a closure for me,” he had said.

The sensational crime inspired a movie and came to symbolize deep flaws in the system that allowed those with money and influence to misuse the law and get away with it.