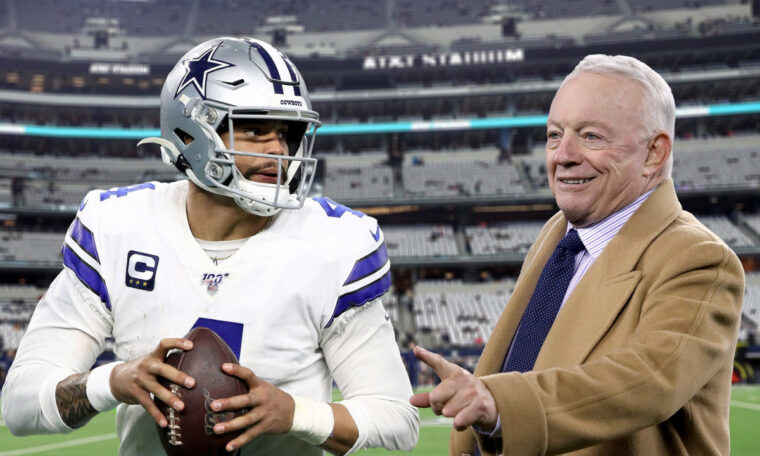 Dak Prescott’s contract warfare resolution does not appear to be forthcoming.

ESPN’s Jeremy Fowler reported Sunday that both Prescott and the Cowboys, who have been negotiating since the last offseason, are beginning to test themselves and are prepared to wait until the July 15 deadline to reach a long-term agreement.

“I continue to hear, from sources, that Prescott and the Cowboys are ready to extend this until the July 15 franchise deadline if this is how it is going to be,” Fowler said on SportsCenter. “And that’s the pace right now. It’s been slow for the past month, and they still have a gap in money and number of years on the contract. So Prescott is also willing to be patient.”

Since entering the league, the 2016 fourth-round pick has accumulated 15,778 yards, 97 touchdowns and 36 interceptions with a completion percentage of 65.8. Prescott, 26, is due to a massive pay raise after earning a negligible salary under his rookie contract. He is expected to earn $ 31.5 million this year under the exclusive franchise tender, which the Cowboys applied in March.

The Cowboys also signed veteran quarterback Andy Dalton and locked Amari Cooper to a long-term deal this offseason, but oddly, they don’t seem to be closer to a deal with Prescott from the start of their negotiations.

It was previously reported that the two-time Pro Bowler rejected an offer for $ 175 million over five years with $ 106 million guaranteed because it wanted “north of $ 45 million.” Since then, Adam Schefter and Ian Rapoport shot down that report, who argue that Prescott has been adamant that the suspension is the length of the contract, not the money.

“Dak wants a four-year contract with Cowboys,” wrote Jori Epstein of USA Today. “It is not entertaining offers of more than four years. The guarantees, the structure of the contract are important beyond the maximum potential value.”

If the July 15 deadline is passed without a long-term deal, Prescott would play under the franchise tag and presumably the two sides would try again next year when the already scandalous quarterback market would be more expensive. The Cowboys would also have an expensive option to franchise it a second time.