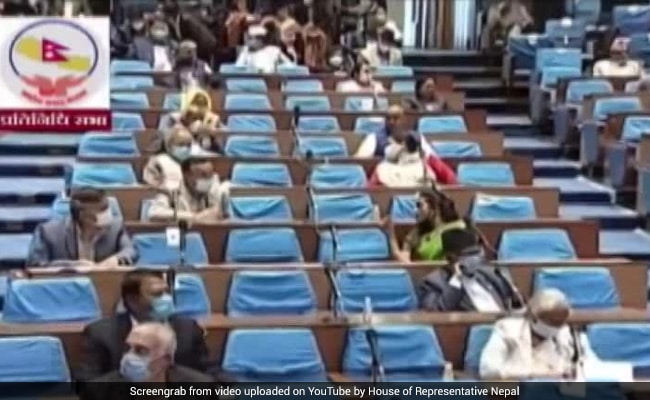 The Nepal Congress has said it will vote in favor of the amendment.

The move to update Nepal’s new map, which includes a stretch of land high in the mountains that India claims to be its own, has gained momentum, with the ruling left alliance moving a bill to amend the constitution today. . The opposition Nepali Congress has said it will vote in favor of the amendment, amid friction with India on the issue.

In Nepal, it usually takes a month to pass a constitutional amendment bill. But this time, in light of people’s sentiments, the Nepalese parliament may overlook various procedures to pass the bill in the next ten days, the sources said. The opposition guarantee means that the bill, which requires a two-thirds majority, will be approved.

Earlier this month, the ruling party had cleared the map, drawing fierce backlash from India, which described the move as “unilateral” and not based on historical facts.

“India will not accept such an artificial expansion of territorial claims,” ​​said Anurag Srivastava, spokesman for the Foreign Ministry. “Nepal is well aware of India’s consistent position on this matter and we urge the Government of Nepal to refrain from such an unwarranted mapping statement and to respect India’s sovereignty and territorial integrity,” he added.

Nepal has claimed the territory, which touches the border with China, under a treaty made with the East India Company during the British period.

The new map, released earlier this month, shows a strip of land east of the Kali River, jutting out of the far northwest of Nepal. The area includes the Lipulekh Pass in Uttarakhand and also Limpiyadhura and Kalapani, which are highly strategic areas that India has been protecting since the 1962 war with China.

The controversy over the map arose when India opened a new highway connecting the Lipulekh Pass with the Kailash Mansarovar route in China on May 8. While Nepal protested, saying that it wanted to put a security post in the area, the Center said that the road “lies entirely within the territory of India” and follows the route used by pilgrims.

Earlier this month, Nepalese Prime Minister KP Sharma Oli also blamed India for the spread of the coronavirus in his country. “It has become very difficult to contain COVID-19 due to the flow of people from abroad. The Indian virus seems more deadly than the Chinese and the Italian now,” he said.

“Those who come from India through illegal channels are spreading the virus in the country and some local representatives and party leaders are responsible for bringing people from India without proper evidence,” Oli told parliament.