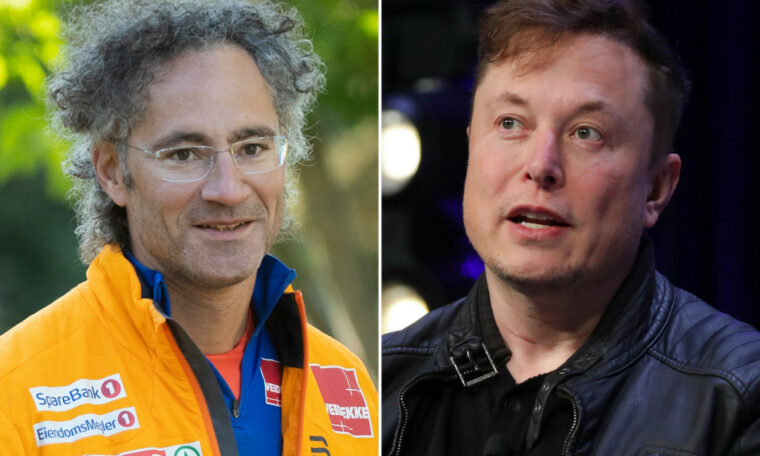 Speaking during an appearance on Monday in “Axios on HBO” CEO Alex Karp said the company was “getting closer” to deciding whether to leave Golden State.

Karp was interviewed by conference call from a quarantined home in New Hampshire, during which he said that although the company has not chosen a new location for its headquarters, “it will be closer to the east coast than the west coast. .. If I had to guess, I would guess something like Colorado. “

“I have been estranged [from Silicon Valley] for the past 15 years. And so I’m used to being socially estranged in the Valley. And now social distancing has become a way of life, “Karp continued.

Palantir is a data mining company whose software collects and synthesizes data to help governments thwart terrorist plots before they take place. It was co-founded by Karp and Peter Thiel, an important ally of President Trump who was an angel investor in the company.

The company currently has a contract with the Department of Health and Human Services to help the federal government create a new data platform to be called “HHS Protect Now.” according to the daily beast.

The platform will play an important role in helping the federal government track the spread of the new coronavirus by obtaining intelligence used by senior administration officials, including Trump himself.

Palantir also signed a contract with the Pentagon earlier this year to develop artificial intelligence targeting military drones. The contract was initially with Google, but the conglomerate abandoned the agreement after employees protested, questioning the ethics of providing technology to the US military.

Karp complained in the interview about how some companies in Silicon Valley avoided businesses that could annoy employees, more than blaming the “monoculture” in Palo Alto.

Karp’s comments come just weeks after Musk threatened to move the headquarters of his electric car company to California or Texas.

Musk made the promise amid a heated dispute with California Governor Gavin Newsom after Alameda County officials prevented him from reopening his auto factory in Fremont. The plant had been closed since the end of March as a result of the coronavirus pandemic.

The Palo Alto-based company restarted production at the factory in defiance of an order from officials, and Musk effectively challenged local authorities to arrest him.

The company also sued to prevent Alameda County from enforcing the order before officials agreed to allow the plant to reopen while sufficiently protecting workers from the virus.

Trump tweeted his support for Musk’s efforts to get his employees back to work, writing in mid-May: “California should allow Tesla and @elonmusk to open the plant, NOW. It can be done quickly and safely!

Musk thanked the commander-in-chief for his support in a follow-up message.