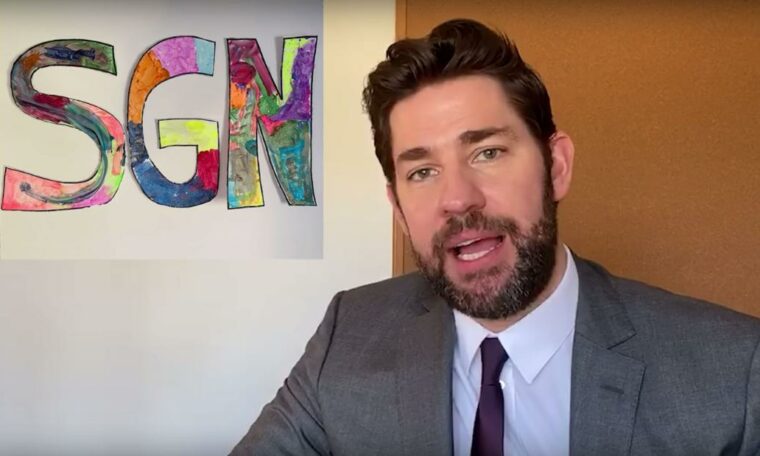 “It was one of those things where I only planned to do eight during quarantine, because I have these other things that I will have to do very soon, like ‘Jack Ryan’ and all these other things,” Krasinski told Rainn Wilson in “Hey There, Human “, the daily series of Instagram Live that Wilson presents for SoulPancake. “More than that … writing, directing and producing, all those things, with a couple of my friends was a lot.”

Krasinski explained: “I knew it would not be sustainable with my previous commitments.”

He said he felt his options were to end the series or sell it so someone else could continue.

“I would love to continue doing the program from my office forever,” said Krasinski. “It just wasn’t sustainable.”

Wilson himself appeared on “Some Good News” twice, once on “The Office” virtual meeting episode.

While Krasinski will not regularly present the new version of the show, he will still be involved.

“In eight weeks [Some Good News] it went from not existing to now being on one of these huge news networks, “Krasinski continued.” We have a lot of really fun things planned, and I can’t wait to investigate. I will be part of it. whenever I can, and I’m going to host a couple [episodes] and bring a different community of people. But we are very, very excited about that. I have received the most amazing notes on how much that program meant to everyone, but the truth is that it meant no more to anyone than to me. That’s probably the most emotionally fulfilled I’ve ever felt in my entire life. “