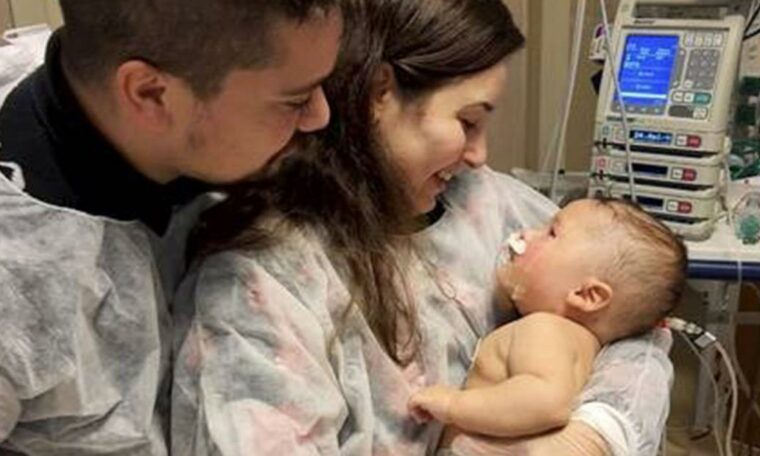 A few months after his birth, Dom was diagnosed with Covid-19 at the Pro-Cardiaco hospital in Rio de Janeiro.

He spent 54 days in the hospital, 32 of them in an induced coma and hooked up to a ventilator, Dom’s father Wagner Andrade told CNN.

“He had a hard time breathing, so doctors thought it was a bacterial infection,” he said. “But the medication didn’t work and he got worse. Then my wife and I decided to take him to a second hospital and they examined him. It was coronavirus.”

How Dom contracted the coronavirus remains uncertain. He may have been exposed during a visit to a relative’s home, according to Andrade.

“My wife noticed this noise at the end of her breathing,” he said. “We called in some doctors and one of them told us to record a video. After she saw it, she ordered us to take him immediately to the hospital.”

Andrade and his wife, Viviane Monteiro, say it was a “miracle” that Dom recovered.

“First, I felt relieved, and then an indescribable happiness,” said Andrade. “We wanted to take him back home for more than 50 days.”

Dom will celebrate his 6-month birthday on June 14 at home with his parents, practically surrounded by relatives.

Brazil has reported at least 25 Covid-19-related deaths among babies up to 12 months of age, according to data from the country’s health ministry.

In the past week, Latin America has become the epicenter of the global pandemic. With 465,166 confirmed cases of the virus and 27,878 deaths, according to data from Johns Hopkins University, Brazil is the most affected country in the region.