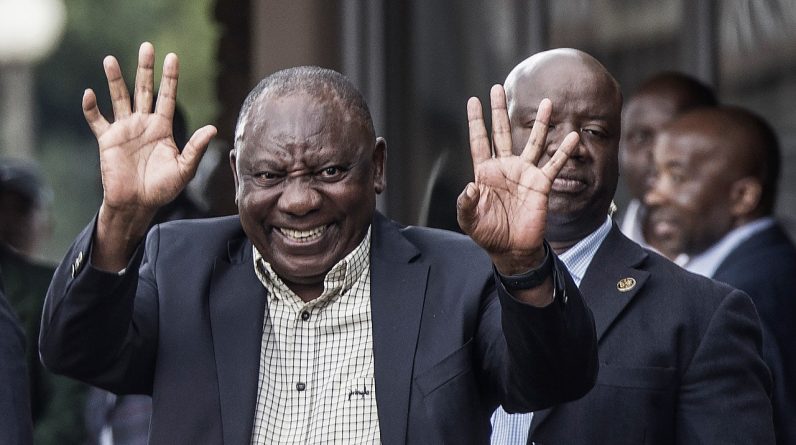 He will be the first president in South African history to be impeached: corruption-ridden Cyril Ramaphosa has been suspended since the end of Parliament’s decision to vote or not to impeach him this Tuesday, December 13, 2022.

Members of Parliament meet in extraordinary session at 1200 GMT in Cape Town. If more than 50% of them take the murky theft case that has been following him for months seriously enough, the dismissal process will be initiated.

Cyril Ramaphosa, 70, who made his fortune in business before reaching the top office, is accused of concealing from police and tax officials the looting of one of his rare cattle properties.

On February 2020, intruders were found with $580,000 under the sofa’s cushions. The President says the profit of selling twenty buffaloes. Dirty money, according to the complaint that sparked the scandal in June.

Cyril Ramaphosa has not yet been charged and police investigations are ongoing.

A parliamentary report concluded that Cyril Ramaphosa “may have committed” unlawful acts in the context of the case with references to corruption.

Parliament must decide three days before the ruling party’s capital meeting based on the decisions made by an independent commission of three legal experts at the end of November.

The African National Congress (ANC) is set to elect its next president and future head of state on Friday if the party wins the 2024 general election.

Cyril Ramaphosa, who appealed to the country’s Supreme Court to have the damning report invalidated, is the presidential candidate of the party that has elected heads of state for three decades against its former health minister.

Without a credible successor, the caciques of the ANC offered him official support to save him and the party. They have called on MPs to vote against the impeachment process on Tuesday.

With the ANC holding a large majority in parliament with 230 MPs out of 400, the possibility of a forced exit would ultimately require a two-thirds majority vote.

“Most of the time MPs follow the party line,” said political analyst Ongama Mtimka. With the opposition demanding Cyril Ramaphosa’s resignation for several days, the parliamentary session will be hectic.

But it is the ANC that can bear the brunt of this corruption. The party, plagued by deep divisions and tainted by a series of corruption cases involving its leaders, has been languishing in elections for a decade.

“The party will come together and defend Cyril Ramaphosa in Parliament,” predicted independent analyst Daniel Silk. But in 2024, the ANC “could lose power”.

Nelson Mandela’s party, which won less than 50% of the vote last year for the first time in history in local elections, could lose its absolute majority in general elections. Taking ANC-led South Africa into uncharted territory since the advent of democracy.