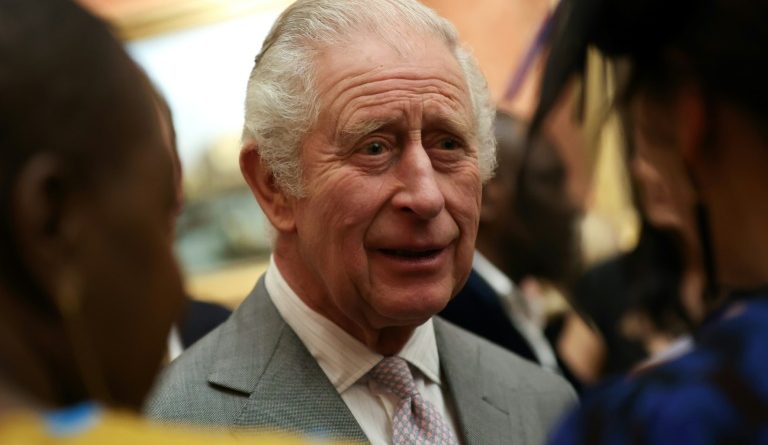 Charles III welcomes a South African president on a state visit, his first since becoming king

Charles III will welcome South African President Cyril Ramaphosa and his wife to Buckingham Palace in London on Tuesday, his first state visit since becoming king.

Queen Elizabeth II made her last state visit to the UK in June 2019, when she hosted US President Donald Trump and his wife Melania.

Charles has yet to announce where he will be heading for his first foreign trip. But his first call after taking over from his mother, who died on September 8, was to the South African president.

The diplomatic encounter comes in a delicate context for Cyril Ramaphosa in South Africa.

“Setting the right tone is very important,” says Christopher Vandom, a research fellow at the Chatham House Institute of International Affairs in London.

London, South Africa’s former colonial power, should avoid lecturing Ukraine over Pretoria’s vote at the UN as South Africans still struggle to digest the lack of Western support during the Covid crisis, he believes.

Climate change, trade and Charles III’s vision for the Commonwealth will feature prominently in the discussions, according to Mr Vandom.

Cyril Ramaphosa’s last visit to London was for Queen Elizabeth II’s funeral at Westminster Abbey in September. In 2010, the year of the World Cup in South Africa, Jacob Zuma made a state visit to Great Britain.

Cyril Ramaphosa will arrive at Buckingham Palace on Monday ahead of a state dinner.

Charles and Queen Consort Camilla will welcome Cyril Ramaphosa and First Lady Tshepo Motsepe, but the latter will also meet other members of the royal family, including heir to the throne Prince William and his wife Kate.

Also on the agenda, a speech in both Houses of Parliament and a meeting with Prime Minister Rishi Sunak at Downing Street.

Protected by Nelson Mandela, close to Elizabeth II, Ramaphosa became an icon of the anti-apartheid struggle when he was released from prison in 1990.

The South African leader visits a mausoleum in Mandela’s honor at Westminster Abbey on Tuesday to mark the centenary of his birth in 2018.

After leaving politics as one of Africa’s richest businessmen, Ramaphosa returned to the limelight in 2014 as Jacob Zuma’s deputy before assuming the presidency in 2018.

For several months, Mr. Ramaphosa has been embroiled in a murky embezzlement case, which he denounced as a political ploy, while his party, the deeply divided African National Congress (ANC), must decide in December whether or not to field him. For a second term as president in 2024.

The South African president was accused, which he denies, in February 2020 of fueling suspicions of money laundering and corruption and buying the peace of robbers who robbed one of his properties of millions.

He allegedly organized the kidnapping and interrogation of the thieves, then bribed them to keep quiet.

He also has to deal with the anger of South Africans due to the economic climate, which has an official unemployment rate of 33% and constant power cuts.

Charles has visited South Africa on several occasions, and it was from South Africa that he pledged his life to the service of the Commonwealth in a speech on his 21st birthday when his mother was a princess.