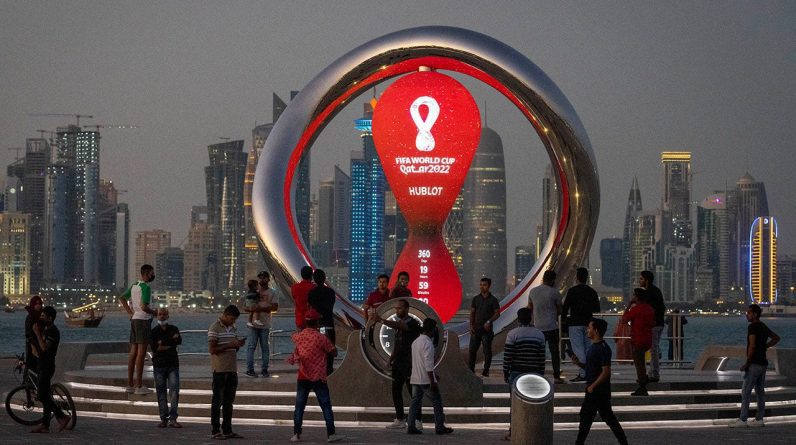 According to an Associated Press report, the FBI investigation may be extended into illegal activities aimed at awarding Qatar hosting concessions for the 2022 World Cup, which could help boost Qatar’s image in the United States and influence American policy.

Salker’s firm, Global Risk Advisors, has used several methods, such as the Facebook “honeypot” trap, in which an attractive woman connects with a target or someone posing as a photojournalist to track a country’s bid.

Kevin Carroll, Salker’s attorney, pushed back against the allegations and said Global Risk Advisors was not involved in any illegal activity and was not aware of any federal investigations. He said the company obtains appropriate approval from the US government whenever required for its work.

Global risk advisers have reportedly tried to undermine Qatar’s critics, many of whom it accuses of financing terrorism and other crimes. He tried to arrange meetings between Qatari officials and senior CIA officials in an attempt to strengthen Qatari influence, which did not happen.

People gather around the official countdown clock showing the time remaining until the kick off of the 2022 World Cup in Doha, Thursday, November 25, 2021. Fans traveling to the World Cup in Qatar will have to show a negative Covid-19 test as part of the host country’s rules to combat Covid-19, organizers announced on Thursday, September 29, 2022.
(AP Photo/Darko Pantic, File)

Internal memos reviewed by The Associated Press boasted about the agency’s ability to use intelligence to achieve its goals of ‘protecting’ Qatar by ‘attacking attackers’, including efforts to discredit an unnamed congressman who sponsored legislation Qatar opposed.

The company may continue to work with Qatar to achieve “rapid expansion” through “a number of extraordinary projects”.

These activities include providing military and intelligence training to Qatari officials, including members of the royal family, with courses in hostage rescue and covert operations.

“Essentially, he wants us to conduct mini-form courses for both operations and technical operations,” said an internal Global Risk Advisors document outlining a Qatari official’s request for training. “The Farm” was the nickname given to a secret CIA training facility in Virginia.

A sign is displayed near the Doha Exhibition and Convention Center where the FIFA World Cup draw will be held in Doha, Qatar, Thursday, March 31, 2022. The final draw will take place on April 1.
(AP Photo/Darco Bandic)

A member of the Qatari royal family scored 100 in the course “Technological Surveillance Countermeasures”.

Global Risk Consultants developed a comprehensive security plan in 2014 to install a surveillance system in Qatar that would be able to monitor cellphones in the country with “remarkable accuracy” and allow investigators to “isolate private conversations and eavesdrop in real time.” Company records containing the draft agreement.

Several people who identified themselves as Salkar associates described him as a man who valued secrecy, often keeping employees in the dark about the firm’s work for Qatar.