Home Economy Washington accuses Beijing of trying to “undermine the US justice system”. 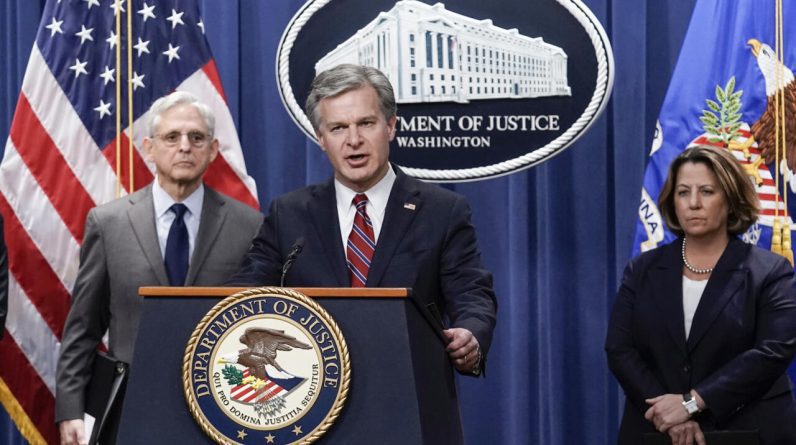 The United States on Monday accused China of involvement in three separate cases in which Chinese intelligence agents allegedly harassed a fellow citizen in the United States, sought to intervene in a case against a major Chinese telecommunications company and pressured American researchers to work in Beijing. .

The US Justice Secretary on Monday (October 24) accused the Chinese government of seeking to “undermine the judicial system” of the US by announcing indictments against 13 Chinese nationals working for Beijing’s intelligence agency.

In three separate cases, Merrick Garland found that Chinese intelligence agents harassed a fellow citizen in the United States, tried to interfere in the prosecution of a major Chinese telecommunications company (the giant Huawei), and pressured American researchers to work in China.

Merrick Garland told a news conference that the lawsuits “seemed to be an attempt by the Chinese government to interfere with the rights and freedoms of people in the United States and to undermine our legal system that protects those rights.”

“The judiciary will not tolerate any attempt by any foreign power to undermine the rule of law upon which our democracy is founded,” he said, adding that two of the defendants were arrested in New York on Thursday.

The cases cited by Merrick Garland involved seven Chinese accused of trying to force one of their compatriots to live in the United States as part of a Beijing-led forced repatriation campaign.

See also  The Pfizer CEO says the vaccine, which targets the Omicron variant, will be available in March

Beijing presents the move as a strategy to fight corruption by ensuring that its services respect international laws when traveling abroad.

In the second case, two Chinese intelligence agents have been charged with allegedly trying to block US prosecutions against Chinese telecommunications giant Huawei.

The two men allegedly hatched a plan to “steal documents and other information,” including “paying a $41,000 bribe in Bitcoin to a U.S. government official.” The accused agents thought they were hiring the latter for China’s benefit, but were actually double agents working for the FBI, according to US officials.

In a third case, four Chinese nationals were charged in connection with “a long-running espionage campaign targeting individuals in the United States to act as agents of the People’s Republic of China.”

According to U.S. officials, from 2008 to 2018, the four men allegedly reached out to university professors and a former federal agent.

Asked during a news conference Monday about the timing of the announcements, the day after Xi Jinping’s historic third coronation, FBI Director Christopher Wray said the cases were submitted “when they (were) ready.”

“If the Chinese government, the Chinese Communist Party, continues to violate our laws, they will continue to fall for the FBI,” he said.