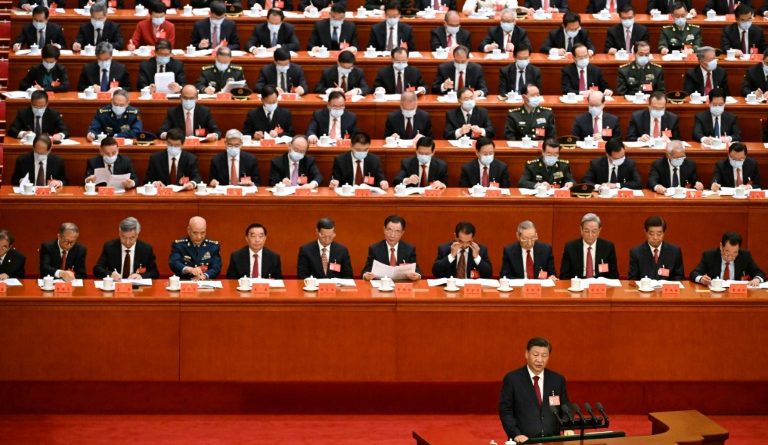 The 20th Congress of the Chinese Communist Party (CCP), which concludes in Beijing on Saturday, will be accompanied by announcements that will shape the country’s political future for the next five years.

If Sunday’s major announcement is expected to be the third time it has been given to Xi Jinping, it is likely that China’s governing bodies, as a whole, will be overhauled on this occasion.

The five-yearly political meeting is an opportunity to renew the Central Committee, a sort of CCP parliament of about 200 deputies, including the 25-member Politburo.

Real power rests in the hands of the Politburo Standing Committee, a seven-member group including General Secretary Xi Jinping.

Niss Gruenberg, a senior analyst at the Mercator Institute for China Studies (Merix) in Berlin, warns that “its size can be reduced or enlarged”, recalling that in the past it had nine members.

“Up to four members of the standing committee could be replaced and nearly half of the central committee,” Hong Kong daily South China Morning Post predicted this week, without citing its sources.

“A broad restructuring would be beneficial to Xi Jinping,” Grünberg said.

Therefore, “he can raise a large number of supporters from the Politburo to the Standing Committee”, which is the key to power.

The new Central Committee will be announced on Saturday. But only on Sunday, at the end of its first plenum, will the composition of the Politburo and its Standing Committee be made public.

The latter members will be announced in order of importance, the first being the Secretary-General, and the Presidential order will be almost assured at the annual meeting of the National Assembly next March.

See also  Chinese virologist Dr. Li-Meng Yan issues a report claiming that COVID-19 was made in a laboratory

With incumbent Li Keqiang retiring, a number two or number three will be the next prime minister. Among the names mentioned to replace him: Wang Yang and Hu Chunhua, now vice-premier.

But sinologist Jean-Philippe Béja warns that “there is no Chinese Communist Party without factions,” which could force Xi Jinping to deal with other currents in the party.

Xi Jinping seems certain of a third term as party leader and thus as the country’s general secretary. But there are some subtleties in the game.

Therefore, analysts and the media speculated that the founder of the Mao Zedong regime (1949-76) wanted to change the title of his post to “Chairman of the Party”.

Another change may be made, but this time to the CCP’s charter: in 2017, it included a reference to “Xi Jinping Thought on Socialism with Chinese Characteristics for a New Era,” which was added to the constitution in 2018.

The president may seek to summarize this formula as “Xi Jinping Thought.”

“As silly as it sounds, such a change would mean broad support for Xi among the party’s elite, elevating his status and ideology to the same level as Ma Tse-tung,” says the firm Trivium China.