Home Technology Apple is launching iPadOS 16.1 on October 24 and is targeting production 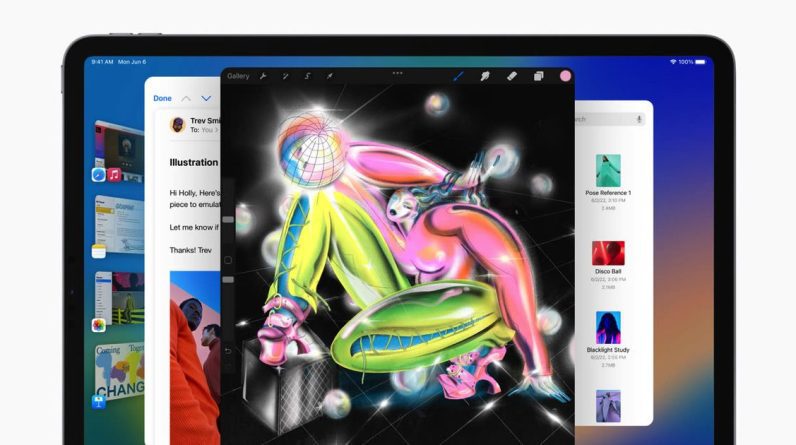 edges Presentation of its new iPadsApple has announced that the final version of iPadOS 16, iPadOS 16.1, will finally arrive on October 24, which is a month and a half after iOS 16 for smartphones.

The main innovation is obviously in the platform manager. This feature makes it possible to turn Apple tablets into imitation laptops, allowing applications to run in windowed mode and connect to an external screen with a maximum resolution of 6K.

To create groups of apps, users can create overlapping windows of different sizes or open apps from the Dock. The Cupertino company assures that the bugs that have occurred so far in the beta – and which will explain the delayed release of this new version of iPadOS – have been fixed.

iPadOS 16.1 offers improved capabilities for the iPad Pro display, including new elements and interaction methods such as standardized undo and redo controls. Applications work just like on a desktop computer. We also note the possibility of changing file extensions or showing the size of files in files.

The new version of the operating system dedicated to tablets is a little more aimed at professionals by introducing a reference mode in its proper form. The latter allows the 12.9-inch iPad Pro’s Liquid Retina XTR display to be aligned with colorimetric requirements for calibration or analysis tasks. A good tool for viewing all the edits made to HDR photos or videos.

Find out when there are no offers

Apple’s OS also includes major updates to apps like Messages, Mail and Safari. Like iOS 16, iPadOS 16 lets you edit or retrieve recently sent iMessages, and mark conversations as unread. In email, users cannot deliver an email before it reaches the recipient’s inbox.

Also note the arrival of a new weather app that lets you view a map to check nearby weather, air quality (by color coding) or temperature. It is now possible to receive a notification when a weather warning occurs in your region and display an animated wallpaper that matches the weather of the day.