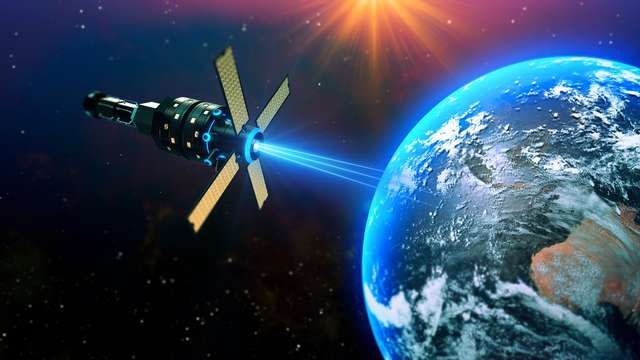 The European Space Agency, ESA, wants to develop solar power in space. The electricity is then sent to Earth and is available day and night. It is within this framework that New Zealand is a company Emrod demonstrated its technology to ESA Wireless power transmission.

The current prototype uses 1.92 meter antennas to transmit and receive power. Energy is transmitted in the form ofElectromagnetic waves In the ISM (Industrial, Scientific and Medical) frequency bands, close to Wi-Fi, a beam is directed between two points, allowing small amounts of radiation to escape around it. For their demonstration, the antennas were spaced 36 meters apart, but they have already performed tests over 200 meters.

Although Emrod’s transmission system could be used to transmit energy collected in space to Earth, that is not the company’s long-term vision. Its founder, Greg Kushnir, envisions it instead being powered by a global wireless electricity network. satellites In low orbit, 100 km above sea level. At this height, the antennas should be 30 to 40 meters. With current technology, Greg Kushnir estimates that 60-70% efficiency can be achieved, but by 2040-2050 he believes it will be closer to 80-85%, which is better than some wired networks.

Its aim is to completely decouple the production of renewable energies from their use. with a system of satellites, it is possible to install solar panels in the desert and send the electricity generated to the other side of the world. This allows for 24-hour access to solar energy, and isolated locations can get…