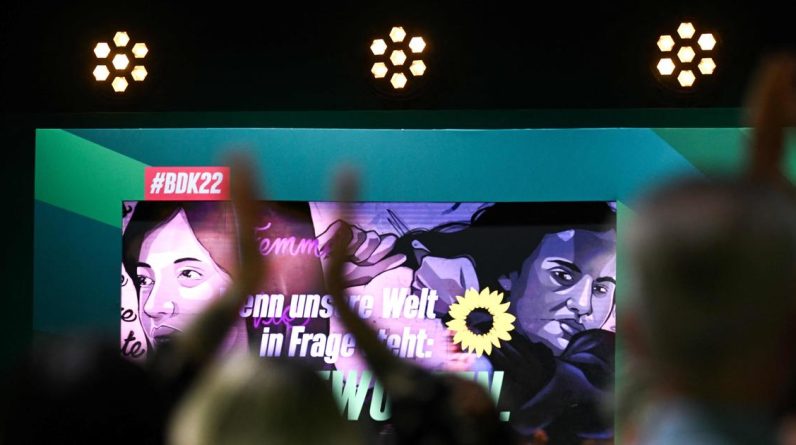 A pillar of the Scholz government’s coalition, the Green Party accuses Paris of supporting a policy of “catastrophe” for nuclear power, while it is forced to extend the life of Rhine power plants.

From our special correspondent in Bonn

“Nuclear: No thanks! Atomcraft, you’re dange!”. The sticker in the yellow and red colors of the sun, which we thought were relegated to the 70s, reappeared behind the scenes of the annual congress of the German Greens organized in Bonn this weekend. This message was also sent to France. Paris was accused by the second government party of supporting a policy of “catastrophe” Atomic, at one point he himself is forced to extend the life of the Rhine power plants.

“We want to believe we’re going to go back to nuclear energy: that’s wrong, it’s never going to happen”, economy minister and party vice-chairman Robert Habeck began using the fractures of hexagonal furnaces as a foil. Widely welcomed by activists, it launched at the end of a quick debate aimed at getting activists to swallow a symbolic but lame compromise plan: Extension…

This article is for subscribers only. 82% is left for you to discover.