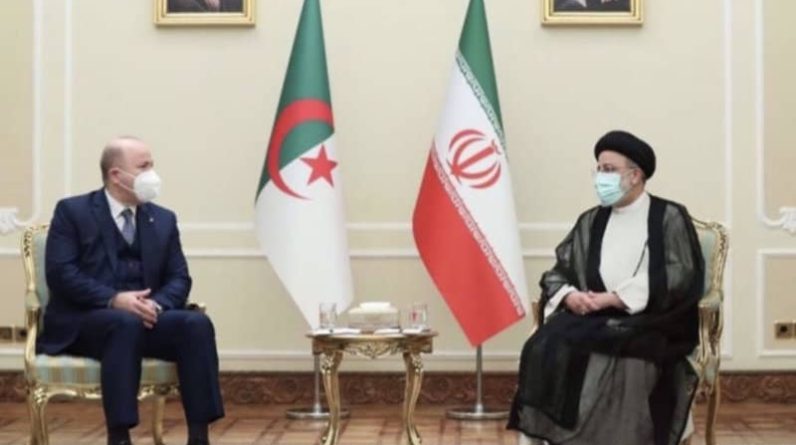 The new military alliance between Morocco and Israel, between the revolution and its ayatollahs, gives the Iranian regime the perfect excuse to strengthen its ties with Algeria, Tunisia and Mali in the battle for Western Sahara and regional supremacy. As Russia, China and Turkey have done in recent years, the Islamic State is taking advantage of the continent’s anti-Western sentiment and many economic opportunities to increase its presence in Africa in general and the Maghreb in particular, the analysis said. News Diario.

Last Monday, Morocco’s Foreign Minister Nasser Bourita accused Iran of arming and training “separatist elements” of the Polisario Front, which threaten Morocco’s “territorial integrity” and “security and stability” and the region’s “territorial integrity.” He warned against the use of arms by these “unauthorized” entities. Tension between the two countries is not new. Morocco severed diplomatic ties with Iran in 2018, condemning “Iran’s determined involvement by Hezbollah in alliance with the Polisario against national security and the kingdom’s high interests”.

Tensions in the region have been heightened by the United States’ recognition of Moroccan sovereignty over the Sahara in December 2020 and the restoration of diplomatic relations between Morocco and Israel. Algeria, a key supporter of the Polisario Front, condemned the US stance and condemned the resumption of ties between Rabat and Tel Aviv. Since then, two axes have emerged: on the one hand, Morocco, the United States and Israel, and to a certain extent Spain and Germany, recently declared their support for the Moroccan project for the autonomy of the Sahara; On the other side, Algeria, Russia and Iran, and incidentally Tunisia and Mali.

“The Iranian presence in Algeria and Tunisia, and to a lesser extent in Mauritania, is well known. Probably in the future, it will be noticed in Libya…Algeria would do well not to allow Tehran to set up bases on its territory,” geostrategist Kamal F. Sadni said in late August. Iran has also been strengthening bilateral ties in recent months, with the two countries forming new cooperative ties with Tunisia and Mali.