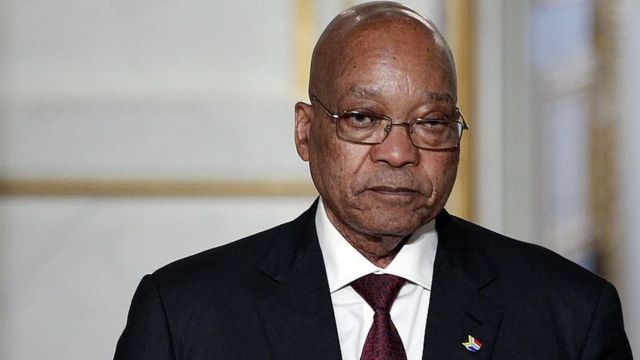 Former South African President Jacob Zuma has officially completed his 15-month prison sentence after being convicted of contempt of court, the prisons department announced on Friday.

In June 2021, the Constitutional Court sentenced Mr. Zuma to prison for violating an order requiring him to appear before a judicial commission of inquiry into corruption and state capture.

He was booked into Estcourt prison in the east of the country on July 8, 2021, however, he was released from prison on August 6 “to be kept under medical observation in hospital” before being released in September of the same year. A conditional release that sparked lively controversy across the country.

Department spokesperson Singabako Ngumalo said, “All administrative processes have been completed and the sentence expiry date (October 7, 2022) marks the end of his sentence under Community Corrections.”

He added, “Mr. Zuma has complied with the conditions of his medical parole and is being monitored by Community Corrections.”

The former president’s imprisonment sparked violent riots that led to more than 350 deaths and economic losses estimated at billions of dollars, particularly in KwaZulu-Natal and Gauteng provinces.

In 1999, he was charged with 16 counts of fraud, corruption and embezzlement related to the purchase of military equipment from five European arms companies while he was vice president. Zuma has yet to respond.

He is alleged to have pocketed more than four million rand (ie €235,000 at current rates), particularly from Thales, one of the recipients of a juicy contract worth a total of €2.8 billion.

The French defense firm has also been sued for corruption and money laundering. Mr. Zuma, like Thales, has always denied the allegations.