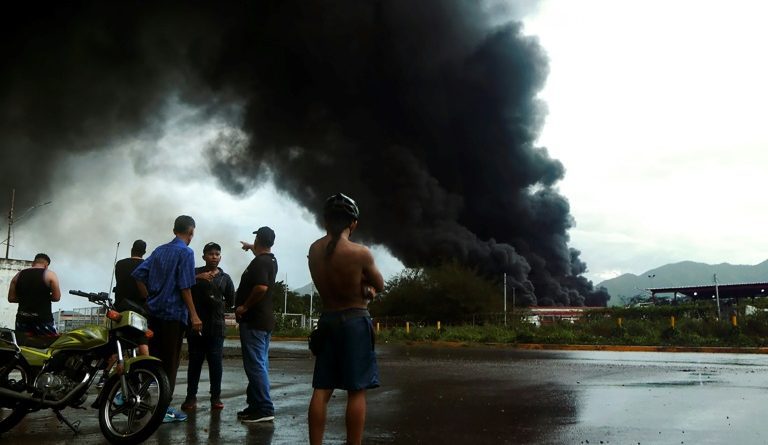 Lightning caused a massive fire at a refinery in eastern Venezuela on Monday, with no casualties and authorities saying the disaster is now under control.

Petroleum Minister Tareck El Aissami announced on television that “lightning struck the water treatment tank of the refinery” located on the coast of Puerto La Cruz in Anzoategui province. “Because of the presence of hydrocarbon residues in this basin, the fire occurred,” he explained.

Mr. According to El Issamy, the fire was significant but did not affect the treatment facilities, which were evacuated.

According to an AFP journalist at the scene, a large plume of smoke billowed into the sky and residents of nearby residential areas sought shelter.

The same refinery, owned by public company PDVSA, which can process up to 190,000 barrels a day, caught fire on Saturday due to a fuel leak. The disaster did not affect anyone there.

Venezuela, which has the largest proven oil reserves in the world, produces about 700,000 barrels a day today, up from 3.2 million in 2008. International sanctions, years of divestment and lack of maintenance explain this historic low.