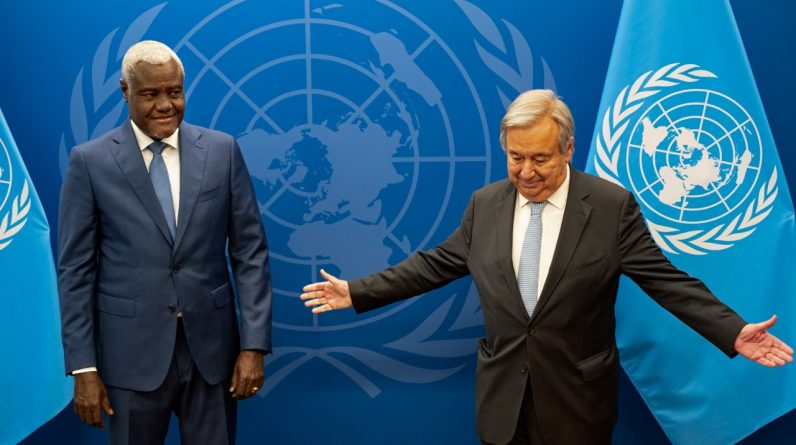 VideoSchool failures contribute to the divisions of the international community, yesterday Monday, September 19, 2022, the Secretary General of the UN worried during the Education Summit, opening a week of high-level diplomacy in a world in crisis.

“Education is facing a deep crisis. “Rather than bringing us closer, education is becoming a source of great division,” Antonio Guterres said today, calling on governments to invest in education systems that “often deepen inequalities rather than reduce them”.

Around 90 heads of state and government had initially confirmed attendance at the summit ahead of the UN General Assembly’s annual high-level week.

But after Elizabeth II died on September 8, many of them were in London yesterday, Monday September 19, 2022 for the Queen’s funeral. However, around fifty leaders attended the summit on education in New York on Monday, organizers said.

Appeal to the Taliban

The UN Secretary-General used the opportunity to appeal to the Taliban, who regained power in Afghanistan in August 2021.

“Immediately remove all restrictions that prevent girls from getting secondary education,” he said. “Women’s education is one of the best ways to ensure peace, security and sustainable development anywhere in the world”.

“The Taliban are slowly erasing our presence from society,” said Somaya Faruqi, a young Afghan who was part of a group of robotics students evacuated from Afghanistan a year ago.

“Don’t forget the underprivileged who don’t have a chance to go to school,” she said from the platform.

Beyond education, Antonio Guterres reiterated his call for unity in tackling the many crises facing the world, from global warming to the Covid-19 pandemic, not to mention conflicts.

“If we unite, humanity will overcome all dangers. Let’s get to work. “This General Assembly risks bringing to light the deep divisions of the international community so that we can get our world back on track,” he urged.

Starting Tuesday, around 150 leaders will march to the General Assembly chamber.

After two years of at least partially virtual meetings, member states this year granted special authorization to send video messages despite opposition from Russia, with the exception of Ukrainian President Volodymyr Zelensky.

Russia’s invasion of Ukraine and its consequences for global food security in particular will be at the center of this high-level week, especially at the Security Council at the level of foreign ministers on Thursday.

French Foreign Minister Catherine Colonna, who is chairing the meeting, met her Russian counterpart Sergei Lavrov on Monday to discuss the Zaporizhia nuclear power plant occupied by the Russian military.

He declared at a press conference that “time has passed to establish a safety zone” around the plant damaged in the blast.

The Iranian nuclear file is also at the top of concerns, while President Ibrahim Raisi is attending a General Assembly for the first time.

In an interview that aired last Sunday on an American channel CBS, he demanded “guarantees” from the United States. “We cannot trust the Americans because of their past behavior,” he insisted, as Donald Trump denounced the 2015 deal that guaranteed the civilian nature of Iran’s nuclear program.

But the Biden administration insists it can’t commit to future president actions.

“There will be no better offer for Iran,” Catherine Colonna assured, not excluding the possibility of President Emmanuel Macron meeting his Iranian representative in New York.