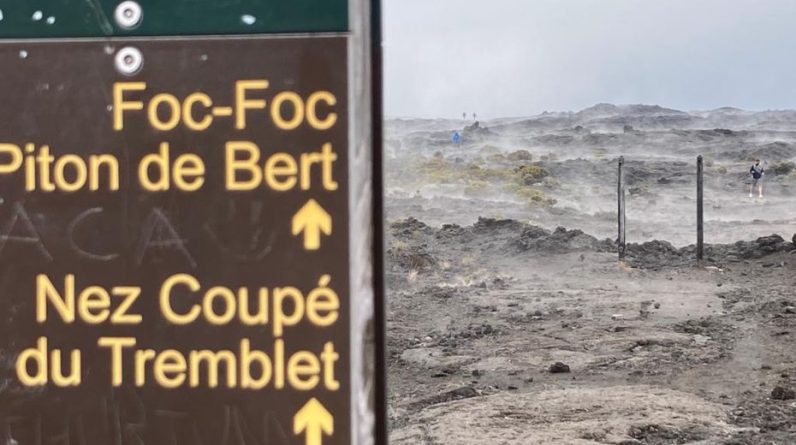 Weather conditions do not help to observe the eruption. Piton de la Fournaise rose this Monday, September 19. At 7:48 a.m., measuring instruments confirmed the eruption of the volcano. Find the first images.

We had to wait a few minutes before 12 noon on Monday, September 19 for visual confirmation. Piton de la Fournaise erupted this morning. A seismic crisis began at 6:23 a.m., triggering Alert Phase 1 of the ORSEC system.

The volcano observatory of Piton de la Fournaise detected an eruption at 2,200 m in the enclosure on the southwest flank.

The first direct observation of this new eruption was reported shortly before noon by one of the OVPF scientists from the Piton de Bert route. Philip Kowalski, deputy director of the OVPF, said this confirms the location of the explosion, not far from Rivals Crater, east of Bitton Galla and Pele.

OVPF will still have to wait for weather conditions to improve to make various discoveries. Aline Peltier says it’s dangerous to visit the site when the weather changes.

The rain hasn’t stopped since yesterday, and this Monday, the fog greatly reduces visibility, confirms Philipp Kowalski, deputy director of the OVPF. The weather is not expected to improve by Monday afternoon. A breakthrough is possible on Wednesday, according to Météo France forecasts.

Where to observe the explosion?

Alert 1, then access to enclosure from level 2 is prohibited. To believe in seeing the eruption, it is necessary to go to Piton de Bert on the southern edge of the enclosure. Then she will be in front.

Bad weather on the volcano

Despite the poor visibility, a piece of blue sky sometimes appears, which gives hope for a future improvement. Some try their luck anyway.

Bad weather on the volcano

Aline Peltier explains that this eruption was expected since it ended on January 17th. Since then, signals have indicated that magma is accumulating in the magma reservoir.

The first intrusion on September 7 was accompanied by a seismic crisis, but without an eruption because the magma did not have enough pressure to reach the surface. Meanwhile, the director of the OVPF explains that the new incursion came to the fore on Monday.

For 9 months, we know that the reservoir is full. There is a lot of magma in the reservoir, but it is impossible to tell whether this magma will come out in one large and long-lasting eruption or in several smaller eruptions.