Home Science Weather: Rain through the weekend with occasional thunderstorms 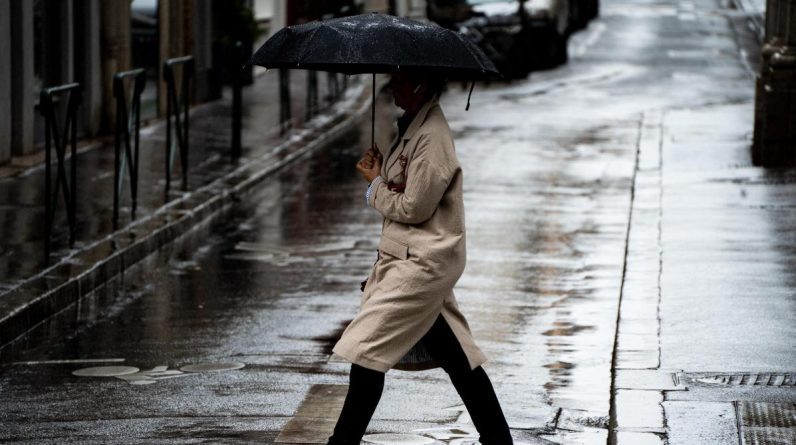 LSkies will be partly cloudy on Friday and rain will cross the country from north-west to south-east. Mainly in the north-west, the Royal Meteorological Institute (IRM) forecasts that they will be more intense and accompanied by thundery snow.

Coolest highs for the season will hover between 10 and 13ºC in the Ardennes, while elsewhere closer to 14 or 15ºC. Winds will be moderate from the west, blowing in a north-westerly direction. Winds of 50 to 60 kmph are likely to occur mainly in the afternoon. In the coastal areas, the wind will blow from the northwest at a speed of 60 to 70 kmph.

Tonight and tonight will be partly cloudy with showers, possibly a thunderstorm. Wind gusts of up to 60 kmph are possible. Minima generally vary between 6ºC in the upper Ardennes and 13ºC in the sea. Winds are moderate from west to north-west. Along the coast, winds will be blowing from the northwest at a speed of 70 to 80 km/h, strong or very strong at times.

On Saturday, the weather will continue to change with the usual showers and thunderstorms. During the afternoon, the weather will be dry with more sun from the west. Highs will be 10 to 14 or 15ºC under moderate winds, and strong northwesterly to strong seas.

Sunday will be mostly cloudy. It will generally be dry at first, but the chance of rain will increase in the afternoon. Maximum will be 10 to 16 degrees Celsius. Winds will be moderate to moderately strong from the northwest, with rough seas.

See also  Get your shovel and scraper ready: the first snow is coming