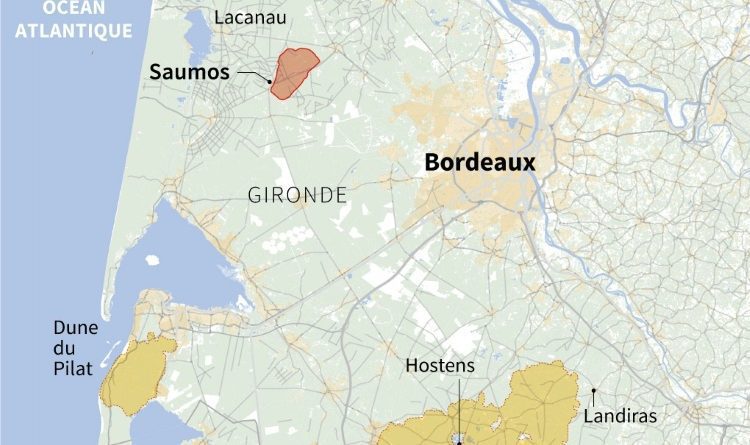 Slowed by firefighters’ action and “moisture-laden” winds, the fire that destroyed nearly 3,700 hectares of vegetation and forest in Chamos in the Gironde was “contained but not contained” on Wednesday…

Slowed by the action of firefighters and “moist” winds, the fire that destroyed nearly 3,700 hectares of vegetation and forest in Chamos in the Gironde was “contained but not contained” on Wednesday evening, prompting a new evacuation. A thousand people.

“At the moment we are under controlled fire around its perimeter. It’s not fixed, it’s contained,” said Fabrice Thibier, deputy principal of Lesbars-Medoc, during a press conference Wednesday evening. 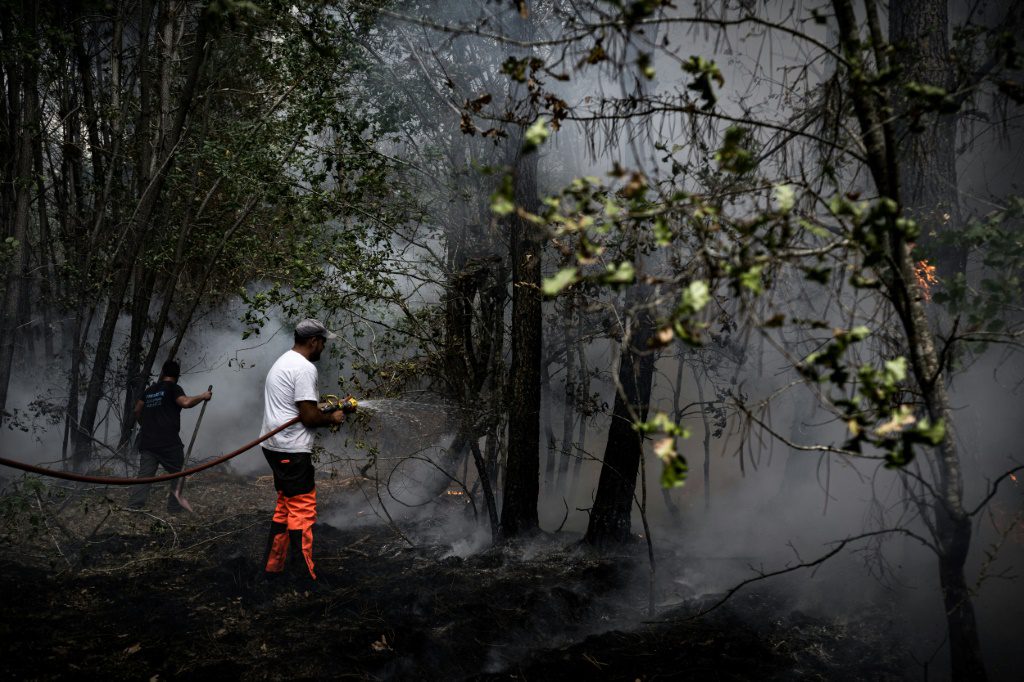 “There is a humid wind this afternoon, which has definitely led to the spread being weaker,” the vice-president added, warning against “a lot of fires re-starting on green land, in forests”. Against “constant winds” during the day. 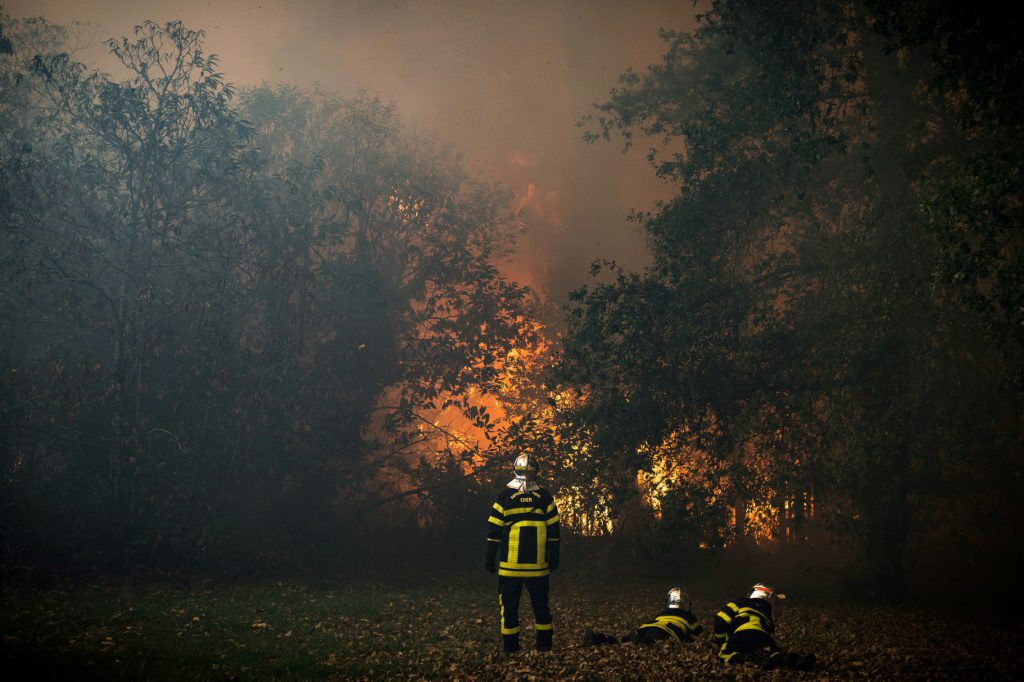 At night, “not too strong” winds and “average temperatures” are expected, said Thomas Couturier, a spokesman for the Gironde fire brigade. 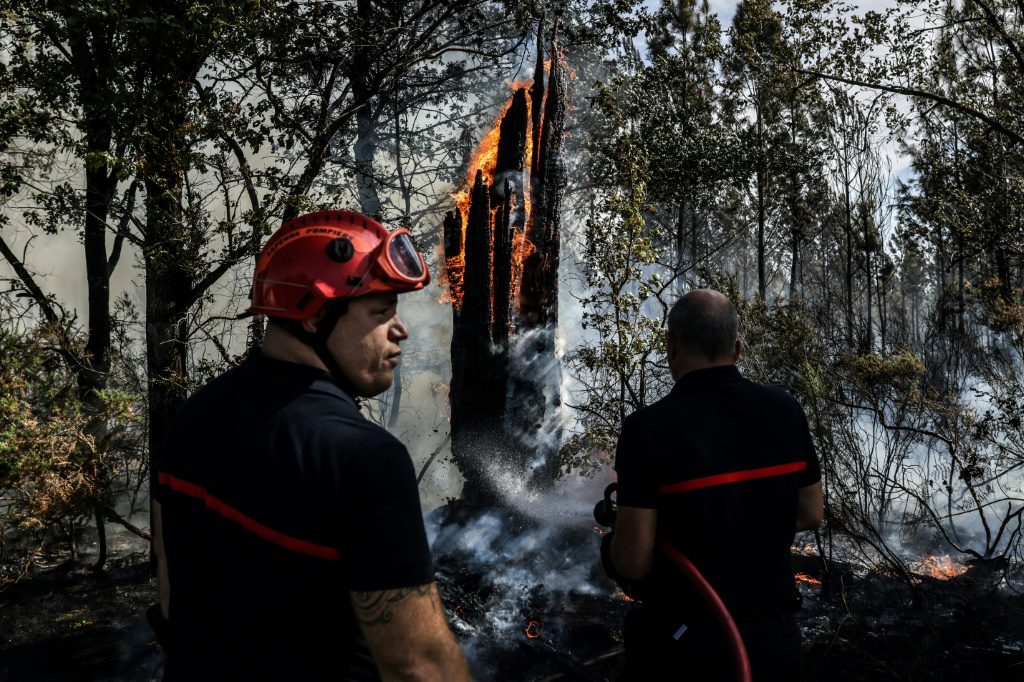 In total, 1,840 people had to leave their homes urgently, including a thousand evacuated during the day on Wednesday, in the two municipalities of Saumos and Sainte-Hélène in this part of the southern Médoc, between the coastal resort of Lagana. Atlantic coast and the city of Bordeaux.

Most have moved with relatives or in the small town of Castelnaud-de-Medoc (population 4,800), about fifteen kilometers away, where the Civil Defense and local volunteers have been organizing the reception of evacuees since Tuesday, where a buffet, a big screen, board games and several camping beds have been installed. .

At the site, Marlene, a mother with her three children, her dog and guinea pigs, explains that she “prepared a small suitcase” the day before because “I had in mind the example of the fire this summer.”

“I agree that we are not all calm in the same way. It is getting closer every day and I don’t know how it will be because the wind is returning, so we are stressed,” slips AFP Corinne, another 45-year-old evacuee.

Throughout the day, a thousand firefighters from Forest Fire Fighting (DFCI) teams and six Canadians, three DASH aircraft and two water bomber helicopters assisted in “21 restarts” to contain the fire. This sparsely populated area, however, was “not advancing towards St Helena” on Wednesday.

A judicial inquiry has been launched into the cause of the fire. According to the Bordeaux prosecutor’s office, “no trail has been ruled out even though the incriminating thesis is privileged”. “An investigation team is on site. All options are on the table. You have to be careful about the rumors doing the rounds,” said the deputy chief minister on his part.

In the south of the region, in the Basque country, “in an environment of exceptional drought”, a fire of about fifteen hectares burned in the border region of La Rhône, mobilizing forty firefighters, a water bomber helicopter Spanish and three Canadians. and two Dash planes arrived as reinforcements, pointing towards the Pyrénées-Atlantiques province in the evening.

According to officials, “the fire is located in an inaccessible area, but the progress is very weak and the weather is favorable”.

During the day, a ten-hectare fire burned in Chacon, 50 km north of Bordeaux, before it was quickly put under control, the Gironde province said in a press release, adding that the Saumos fire “is particularly strong and therefore active.” wind

According to Météo-France, the new blaze came in a climate of extreme heat, a monthly record on Monday in Bordeaux (37.5 degrees), unheard of in September since 1987.

This brings back sad memories for citizens: a giant fire (3,500 hectares) between Lacanau and Le Bourge in July 1989 had already destroyed the sector.

See also  Libya: A Greek minister turned away after failing to arrive at Tripoli airport