Home Science Who is this brighter-than-star satellite BlueWalker 3? 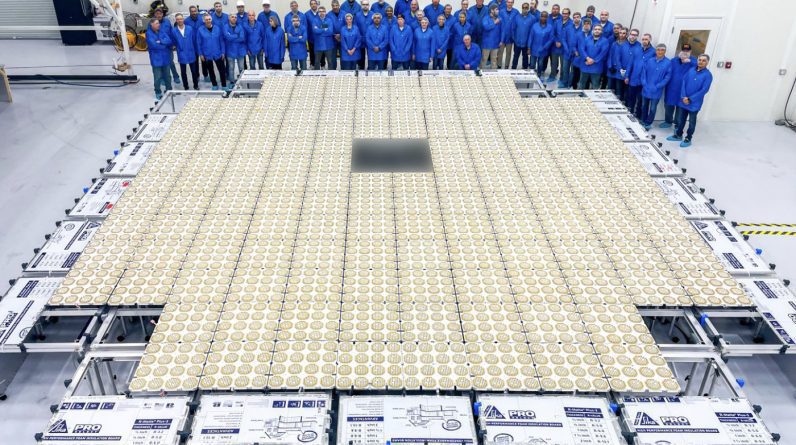 SpaceX completed its 41st launch of the calendar year this weekend. The American company, founded by Elon Musk in 2002, has launched new satellites for its own Starlink constellation.

35 satellites took off from Cape Canaveral this Saturday, and only one of them wasn’t part of it Starlink programme. BlueWalker 3 is the creation of AST SpaceMobile, a company that, like SpaceX, specializes in communications and Internet broadcasting from space.

A satellite is too big to go unnoticed

With this large-scale prototype (1500 kilograms per 64 square meters), the company wants to prove that Starlink-type constellations are not the only options for connecting the entire world to the Internet.

Scott Wisniewski, AST SpaceMobile’s head of operations and strategy, said the satellite “should allow communication with phones like a big antenna. The idea behind this prototype is, “Don’t change anything about the user experience. »

The orbiting satellite should be capable of transmitting 3G and 4G networks around the world. It’s an idea that’s appealing to a number of operators, with 25 partners including Vodafone, Orange and T-Mobile.

A single satellite doesn’t provide complete coverage of the planet, but just weeks before Blue Walker 3’s launch, the AST spacemobile got the green light from the FCC (Communications Regulatory Administration) to test its service in Texas. and Hawaii.

A pebble (light) in the shoe.

But the plan has its opponents. The size of half a volleyball court, it’s barely noticeable even from satellite Earth. Many astrophysicists explain that this causes discomfort in observations.

On his Twitter account, Éric Lacadek, astrophysicist at the Côte d’Azur Observatory, explains that such a satellite “may, at times, be brighter than all the stars and planets in the sky.”

Scientists around the world fear these satellites will spoil the public’s view and interfere with their observations. A race for orbit many condemn, but this does not want to stop.

Orbital competition continues to see who has the most internet customers. Sometimes we are going to launch a satellite that will be brighter than all the stars and planets in the sky. A big project every year, ending with commercials in the sky? https://t.co/WL12dHlwWG

Kessler syndrome at the end of the tunnel?

A recent report fromApollo Educational Studies It suggests that megaconstellations like Starlink may one day lead to Kessler syndrome. In short, these satellites can be so numerous in orbit that we can see them on Earth “blocked” by the obstruction of satellites and debris.

If this theory is still far from true, the scientific world is alarmed by the possible chain reactions of the presence of many objects in our sky. For his part, entrepreneurs don’t seem to be taking the matter too seriously, with Elon Musk congratulating his teams on Twitter on one of the “most complex missions” in his company’s history.