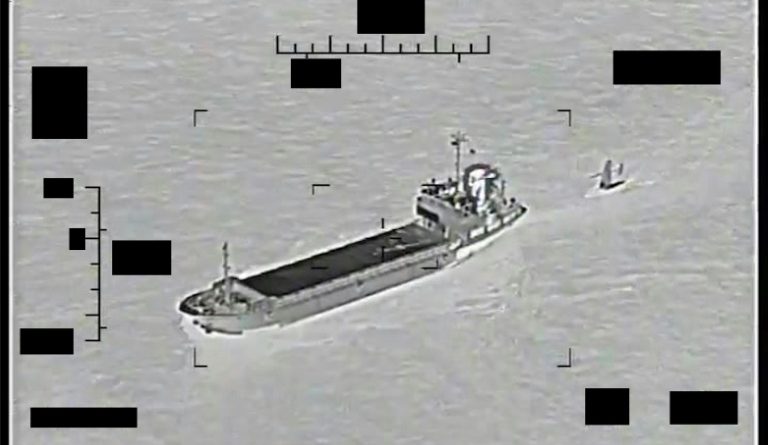 Iran’s recent seizure of a US Navy marine drone in the Gulf, then released, exposes a new Pentagon plan aimed at increasing its underwater, aerial and now drone surveillance capabilities on the ocean’s surface.

Launched a year ago, the project already deploys several types of surface sea drones, or USVs, in the waters around the Arabian Peninsula and the Gulf, collecting data and images that are then sent to centers located in the region for analysis.

The project was not compromised until the Iranian Navy attempted to seize three seven-meter-long Saildrone Explorer maritime drones in two incidents on the night of August 29-30 and September 1.

During the first incident in the Gulf, an Iranian Revolutionary Guard Corps ship was seen towing away the drone, releasing it only after a US patrol boat and helicopter were dispatched to the scene.

Second, an Iranian destroyer captured two saildrones in the Red Sea and towed them aboard.

According to the US military, it took two US warships and helicopters to force the Iranians to surrender the next day.

The US Navy denied that the Iranians said the USVs were traveling in international sea lanes and that this was a question of “preventing potential accidents”.

U.S. Vice Admiral Brad Cooper, the U.S. Navy commander at Central Command, said in a statement that Iran’s actions were “unwarranted and inconsistent with the conduct of a professional maritime force.”

The maritime drones, equipped with sensors, radars and cameras, are operated by the Bahrain-based 5th Fleet’s Task Force 59, which was formed last year to improve surveillance capabilities in the region using drones and intelligence.

See also  Kenosha County is home to one of the U.S. distribution sites for the Pfizer corona virus vaccine

Since the program’s inception, the US Navy and regional partners have deployed both slower Saildrones and Mantas T-12 speedboats.

The Saildrone Explorer has a rigid sail-shaped wing and is equipped with solar panels. It can be deployed for up to a year, is remotely operated and collects a wide range of maritime, meteorological, navigational and strategic intelligence.

Saildrone, a San Francisco-based company, operates hundreds of these machines around the world for the benefit of the Pentagon and research institutions.

“After circling Antarctica in 2019 and passing through the eye of a Category 4 hurricane last year, there really isn’t an ocean environment where it can’t operate,” company spokeswoman Susan Ryan said.

The US Navy did not make clear what these surveillance drones are being used for in the Gulf region, Hawkins said, adding that they are “satisfied to ensure that they allow greater vigilance (…) in these waters and strengthen our deterrence position in the region”. .

But Iran’s activities, patrolling the area, may be the main target.

Tehran has already docked, seized foreign ships and harassed the US Navy in several tense skirmishes in recent years.

Washington is monitoring Iran’s supply of arms to Houthi allies in Yemen.

For Officer Hawkins, it’s important to retrieve all kinds of data from land, air and sea and quickly analyze it using artificial intelligence, which can detect unusual activity that might otherwise miss human observations.

See also  Procter & Gamble is supported by higher prices, but has a stronger dollar weight

A 5th Fleet spokesman wonders, however, why Iran is suddenly interested in its drones and trying to seize them.

Nothing America does is secret, he said.

The maritime drone program was announced in September last year, and in February the 5th Fleet organized exercises involving a dozen countries and 85 floating devices.

Still, the choice in the critical Gulf region is probably not trivial and these moves are irritating for Iran.