Home World In Naples, the rise and fall of the 5 Star Movement 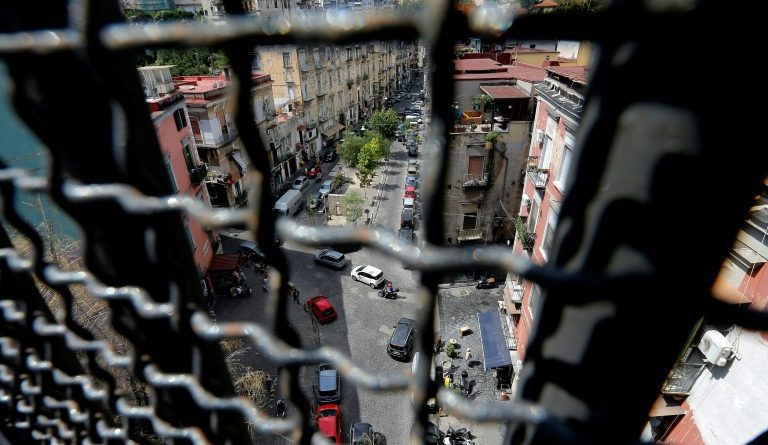 From the balcony of his small apartment in Naples, Vincenzo Soppi contemplates his poor neighborhood, which, for him, has been betrayed and abandoned by Italian politicians.

“Do you know when they are coming? When there are elections,” this 70-year-old ex-mechanic voted for the 5-Star Movement (M5S) in 2018 and vows never to be caught again.

Four years ago, M5S, an anti-establishment organization that vowed to turn the tables, won legislative elections applauded by millions of disillusioned voters.

“They all have the same idea: ‘I want to get a seat, and when it’s done, it’s done'”. As the September 25 elections approach, Vincenzo Soppi’s distaste is widely shared in Italy’s third-largest city, where unemployment – twice the national average – public services neglect and crime.

Like much of southern Italy, Naples, a stronghold of the Camorra, the local mafia, overwhelmingly supported the M5S in 2018, rejecting a “citizen minimum income” for poor Italians, its anti-austerity program and traditional politics.

But grassroots support has waned. Polls put the M5S at less than a third of the 33% of the vote it won in 2018.

“People who voted for us because we were a disruptive force that should have given power to the south will no longer vote for us,” thundered Matteo Prambila, 53, a former member of the Naples city council and a longtime activist in the party he left in October. Last year.

– The struggle is over –

First, the M5S does not identify as left or right. Eurosceptic, environmental and anti-austerity, he turned his back on professional politics, reduced corruption and engaged in civil society.

But four years in power have left their mark.

“Five Stars was an expression of a larger protest against the failure of the traditional parties,” explains Giovanni Orsina, director of the School of Government at Lewis University in Rome. “But once you enter the government, resistance ends,” he said.

The party has formed alliances with almost all of its political opponents – first the League (anti-immigration), then the Democratic Party (centre/centre-left), and finally joining Mario Draghi’s grand coalition in early 2021.

These changes led to political reversals, public disagreements among party leaders and accusations of cronyism.

According to Utrend’s analysis, the M5S has recorded a hemorrhaging of parliamentarians: it has lost 54% of its representatives and 45% of its senators since 2018.

Among those who left was Foreign Minister Luigi Di Maio, a former party chief around Naples who gave a more professional patina to the movement founded in 2009 by the hirsute comedian Pepe Grillo.

A month later, Mr. Conte withdrew his support for the Draghi government, sparking a crisis that led to snap elections.

Giuseppe Conte – a former law professor who was propelled to become the technocrat prime minister after the 2018 election before being replaced by Mario Draghi – is trying willy-nilly to save the raft from the jellyfish. “We are a very progressive force,” he insists.

“Citizen Income” is its compass. According to the party, he lifted a million Italians out of poverty – many of them in Naples.

In June, more than 161,000 families, or more than 13% of the population of Greater Naples, received an average of 637 euros, according to the most recent figures from the National Institute of Social Security.

But this social shock has been blamed for absorbing unemployment and encouraging fraud. According to the media, mafiosi, prisoners, foreigners in particular received at least 40 million euros in 2021.

In the alleyways of Naples’ Sanita district, where faded funeral notices line decrepit walls and grocery stores remind shoppers that they can pay with a welfare debit card, Giuseppe Capuozzo vows to vote “never again” for the M5S.

M5S’s anti-poverty measures may have helped his neighbors, but is it fair that he paid taxes on his modest pension when they didn’t? “We, who helps us?”