Home Economy The first unmanned flight of the Starliner, a Boeing capsule, will take place in February 2023 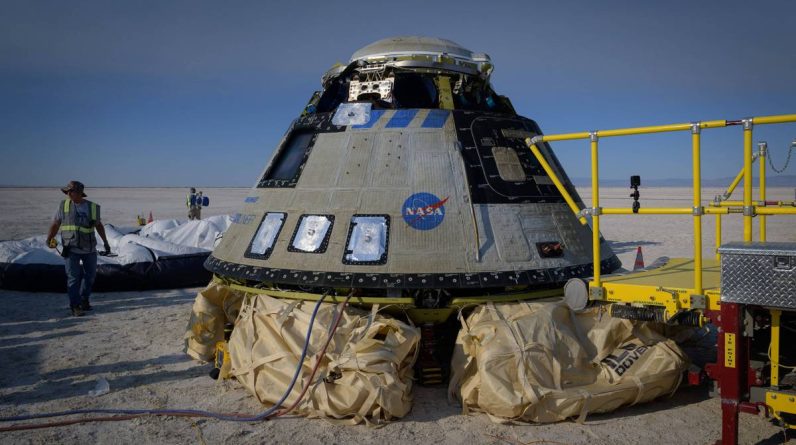 The first manned flight of Starliner, Boeing’s space capsule, will take place in February 2023. The US company and NASA are working on this project to establish a second transport route to the International Space Station (ISS).

Since 2020, astronauts have actually traveled to the ISS on SpaceX ships, but the US space agency wants to diversify its options. A series of setbacks, including a failed flight in 2019, delayed Boeing’s plans. The company finally managed to reach the ISS for the first time in May 2022 – without a crew on board.

Boeing must now fly a second flight before getting NASA’s approval to begin regular missions. The February 2023 test flight, called CFT (Crew Flight Test), will carry two NASA astronauts, Barry Wilmore and Sunita Williams. They will stay on the ISS for about eight days, where they will participate in research carried out in the flying laboratory.

Until recently, Boeing had hoped to make the test flight in 2022. But the obstacles encountered during the empty test required adjustments to the vehicle. A particular problem was detected with the propulsion system: two thrusters that the capsule uses to position itself on course after liftoff were not working.

Boeing crews determined that the problem was caused by “drainage,” the latter of which could not be determined with certainty. The vessel was inspected to ensure that this debris did not come from her. Filters were also removed to address the pressure issue, and the software had to be updated to avoid excessive data flow.

See also  He accidentally got 150 Amazon packages at home