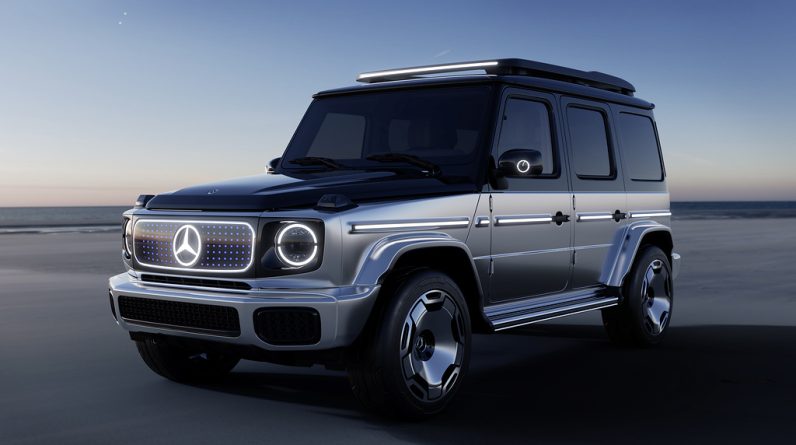 The electric version of the G-Class will be entitled to batteries with improved energy density.

Even the venerable G-Class has its 100% electric equivalent. Mercedes confirmed this almost a year ago with the presentation of the EQG concept. However, it will be necessary to wait until 2024 or 2025 to find the production model on offer.

Waiting will have an advantage: the EQG will be Mercedes’ first model to feature a new type of battery that will be picked up by other EQs later. It was heralded by the Vision EQXX concept car, which boasts record autonomy (over 1,000 km) without blowing its battery.

British media outlet Autocar notes that this futuristic battery was developed with American company Sila Nanotechnologies. This will make it possible to increase the energy density of cells by 20 to 40% compared to current EQs batteries. So the benefit: improving the autonomy of vehicles without increasing the size of batteries.

During the EQXX’s presentation, Mercedes explained that the improvement in energy density is partly due to improvements in the chemistry of the anodes, particularly with higher silicon content.