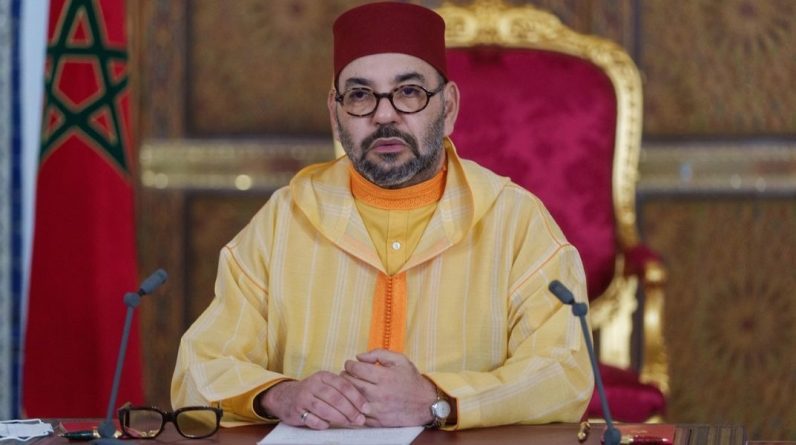 King Mohammed VI on Saturday called for the creation of a mechanism responsible for supporting Moroccan skills and talents abroad, including Jewish Moroccans, on the 69th anniversary of the revolution of the King and the People. It is also a question of providing the necessary structure to this society, along with the modernization of the organizational structure, while rethinking the governance model of the existing institutions.

Morocco’s National Day of Immigrants has been celebrated since 2003, when His Majesty King Mohammed VI established it, in a state speech after the return of more than 2 million Moroccans from around the world to their homeland in 2022 as part of Operation Marhaba. , last Saturday, on the 69th anniversary of the King and People’s Revolution, gave the Moroccan community living abroad a place of choice.

Highlighting the mobilization of the Moroccan people around the world to defend the Moroccan and territorial integrity of the Sahara, the sovereign expressed his appreciation to the members of this community who echo the national cause in all the forums they have access to. to occupy

“Almost five million MREs, including hundreds of thousands of Moroccan Jews abroad, are a treasure of skills that must be protected and profited by policies of welcome and support. Of the love they have for their country”, the sovereign pointed out in his speech.

To do this, King Mohammed VI called for “the creation of a mechanism responsible for supporting Moroccan skills and talents abroad, supporting their initiatives and projects, emphasizing the need to establish a structural follow-up with these skills, including Jewish Moroccans”.

According to the sovereign, the said mechanism will be possible to get to know the profiles better and to communicate with them regularly and to provide them with assets available to their country in sectors related to the development and investment process.

MRE: Rethink management and modernize organizational structure
“The time has come for this society to provide the necessary structure, means and conditions to deliver its best, in the well-understood interest of its country and its development.

At the same time, taking into account the constantly renewed aspirations of the Moroccan people around the world, the sovereign calls for the modernization and improvement of the institutional structure related to this category of citizens, as well as a review of the management model of the current institutions. .

Recalling the particular interest given to the MRE community’s involvement in the development process and the risks they face in resolving their administrative affairs or launching their projects, the King underlined that “it is appropriate to fix this matter”.

And Morocco “needs all its children and skills established abroad to be able to settle and work in Morocco because they can bring their help through all kinds of partnerships from their host country”.

In this sense, HM the King called on public institutions and the national finance and business sector to be more open to investors among members of the Moroccan community abroad and to support them, setting up effective sponsorship, support and partnership mechanisms.

In addition, the Sovereign also called on young Moroccans living abroad and project leaders to take advantage of the many investment opportunities offered by the motherland to make the most of the incentives and guarantees provided by the new investment charter.

Clarify ambiguous positions
Furthermore, King Mohammed VI painted a positive picture of Morocco’s evolution in the Sahara and Morocco’s achievements in mobilizing its internal front over the past two years.

In his speech, he sent a clear message, “The Sahara issue is the prism through which Morocco views its international context.

In this regard, the sovereign took this opportunity to clarify the position of Morocco’s allies, whether traditional or new, even if their positions are still ambiguous on the Sahara issue.

Likewise, the King highlighted the work carried out by Moroccan diplomacy at the regional and international levels, especially the support expressed by many influential countries in support of Morocco’s full sovereignty over its Saharan territories.

With steady US support, the king welcomed Spain’s “clear and responsible” stance, which knows better than anyone the origins and real nature of the conflict around the Moroccan Sahara.

Added to this is the constructive stance towards autonomy initiative shown by some European countries such as Germany, Holland, Portugal, Serbia, Hungary, Cyprus and Romania.

With this support, around thirty countries have opened embassies in the southern provinces, thereby showing their support for the Kingdom’s territorial integrity and the Moroccan character of the Sahara.

See also  Vikings are not necessarily blonde or not Scandinavian, a new study shows

Among them, the positions of African countries, about 40% of which fall under the five regional groups, have already opened embassies in Laoun and Dakla.

Other Arab countries have confirmed their support for sub-Saharan Morocco, particularly the Gulf Cooperation Council, Egypt and Yemen.

This dynamic also concerns Latin American and Caribbean countries, many of which have opened embassies in the Moroccan Sahara, while others have decided to expand their field of diplomatic competence to the Kingdom’s southern provinces.