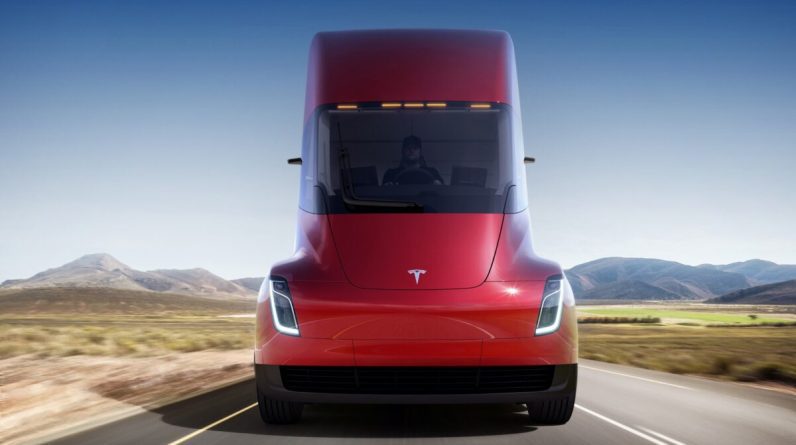 The update reveals new details about the vehicle, which Elon Musk says will be in the hands of the first buyers later this year.

The company has revealed that the Tesla Semi will eventually have three motors — one less than originally announced — although the vehicle’s performance hasn’t been compromised. Tesla continues to promise that the Semi can sprint from 0 to 100 km/h in 20 seconds – with 37,000 kg of cargo – and can maintain highway speeds even on hilly roads.

In terms of fuel consumption, the Tesla Semi is under 2 kWh per kilometer with the same amount of charge. – Approximately 37,000 kg, which is less than 2 kWh for a trip of about 1.6 kilometers. Consumption, added to other factors such as the cost of electricity compared to diesel or the lower maintenance required by electric vehicles, can ultimately result in significant savings compared to a combustion-equipped truck.

Electric charging per kilometer is 2.5 times cheaper than diesel refueling. Operators can estimate fuel savings of $200,000 in the first three years of ownership. With remote diagnostics, over-the-air software updates and maintenance with fewer moving parts, operators spend less time in service centers and more time on the road.

How long does it take to charge a Tesla Semi?

In terms of autonomy, the Tesla Semi can do about 500 or 800 kilometers. To put that number in context: In the long-haul version, according to Tesla’s figures, you can travel from Cádiz to Lyon – the equivalent of 7 hours and 784 kilometers, according to Google Maps – without making a single stop. Refill.

In terms of design, no changes have been noticed from the version originally presented. The most significant change is that the final images show the Tesla Semi with mirrors, which was not the case in The Originals renders. The interior has minor trim changes, however the essence remains the same.

At the same time, the American company has closed reservations for the Tesla Semi, and no new orders can be placed at this time. The first units should be delivered to buyers by the end of the year.