Home World Kenya/New President: Election of William Ruto, friend of Morocco and guardian of its sub-Saharan autonomy under Moroccan sovereignty 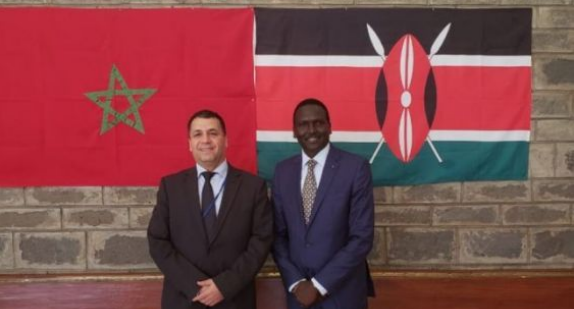 Ruto, a science graduate in the field of education before entering the political arena in the 90s of the last century, is described as a friend of Morocco, as he previously expressed the seriousness of the proposal to grant Morocco autonomy. Southern Provinces under Moroccan sovereignty when he was Vice President of Kenya.

On an earlier occasion, the Moroccan Ambassador to Kenya in Nairobi, Mr. During a meeting with Mokhdar Kambo, Rudo announced: “I declare as the Vice-President of Kenya that the autonomy plan under Moroccan sovereignty is the best solution for the Sahara problem”, noting that “the Polisario’s representation in Nairobi is pointless”.

According to the Kenyan Vice President, “the Sahara conflict is only an excuse to allow Algeria to continue squandering its people’s wealth on lost causes”, and “the creation of a separatist state in southern Morocco is just an illusion by those who do not want the peace, unity or prosperity of African nations.”