Home Science The star Proxima is a fragment of Chorizo: a scientist’s joke 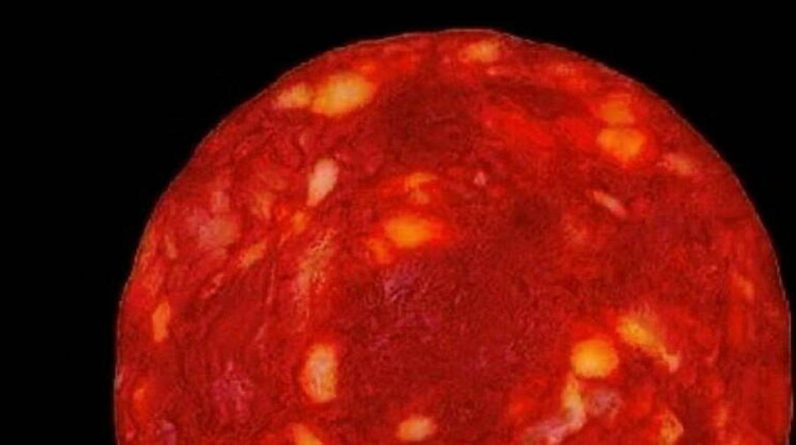 VS’is a science hoax that has caused chaos on Twitter. Reported by HuffPost, A French researcher published on Sunday July 31. A snapshot of the “closest star to the Sun”, Proxima Centauri, as it really was…a slice of chorizo ​​on a black background. To make his joke believable, Étienne Klein, director of research at the Atomic Energy Commission (CEA), mentions in his tweet that he took the picture. The James Webb Space Telescope And it goes further: “Details of this scale…a new world unfolds day by day”.

This was enough to cause the canvas to panic. Soon, his tweet is being shared and commented on thousands of times. Given its status, internet users are far from imagining it to be a joke. But Étienne Klein would quickly dampen their enthusiasm by revealing that it was nothing more or less than a slice of chorizo.

Photo of Proxima Centauri, the closest star to the Sun, located 4.2 light-years away.
She was escorted by JWST.
This level of detail…a new world unfolds day by day. pic.twitter.com/88UBbHDQ7Z

Faced with the scale of his hoax, the expert calls on internet users to be wary of images circulating on social networks. “I feel compelled to clarify that this tweet shows a snapshot Proxima Centauri There was a kind of entertainment. Let’s learn to be wary of the arguments of authority, like the arbitrary rhetoric of some films…”, he wrote below his initial tweet. “According to modern cosmology, no substance belonging to the Spanish charcuterie exists anywhere but on Earth,” he says in an even more humorous tone.

Contacted by our colleagues, Etienne Klein explains that his intentions were originally aimed at educational purposes for Internet users. “This is the first time I’ve made a joke when I’m a person of scientific authority on this network. The good news is that some people understood the deception immediately, but it took two tweets to make it clear,” the researcher explains.

“It also explains that fake news is always more successful than real news in these kinds of social networks. I also think it’s a photo if I don’t say it. James Webb, it would not have been successful,” he explains. Four days after her photo was posted, the tweet has been shared nearly 10,000 times and prompted several hilarious comments from bemused users.