Home Science These footprints are lined up at the bottom of the ocean, scientists say 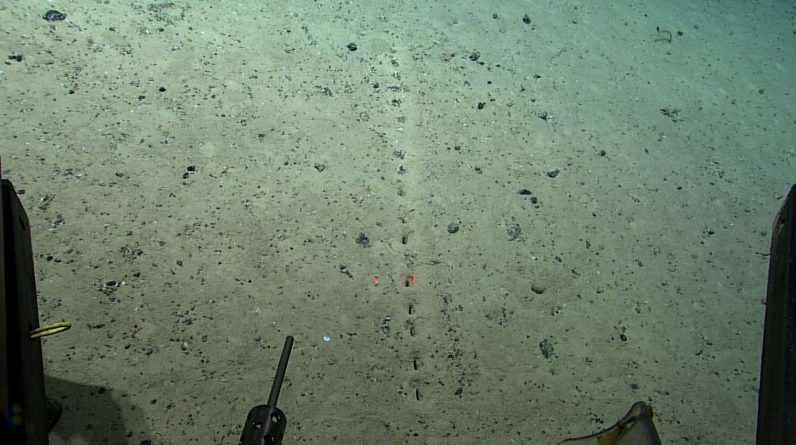 While probing around the Mid-Atlantic Ridge, where the sea depth exceeds one kilometer, the researchers discovered an amazing phenomenon: holes drilled into the sandy bed at regular intervals 2,000 meters deep. To date there is no explanation to justify their existence.

[EN VIDÉO] In the deep sea, these are neglected debris The deep sea floor is much more polluted than we think, as these images taken in the Pacific several hundreds of meters deep testify.

nearby Mid-Atlantic Ridge Charlie Gibbs is a fracture zone where depths range from 700 meters to over 4,500 meters. A group from NOAA (National Oceanic and Atmospheric Administration) went there and made an astonishing discovery on July 23: holes dug 2,540 meters deep in the sand, almost perfectly aligned and placed in a regular pattern! They were at a peak Submarine Volcanon Azores off.

“ We observed many of these sublinear sets of pores in the sediments. They have already been reported in the region, but their origin remains a mystery.explains that NOAA Press Release. Although they look almost man-made, the small piles of sediment around the holes look like they were dug up by something. »

Their existence is still unexplained

Around the holes, the researchers observed small piles of sediment excavated around the holes by remote-controlled vehicle, suggesting that they were actually excavated. However, it is not known if they are connected underground. With no clue about their origin, scientists proposed that Internet users make assumptions about their origin. And they did not disappoint! Stars A sea that creates a wheel, a new species of crab, the bottom of the sea or even alien…, theories go well Social websites.

See also  35 years ago, a supernova erupted in the southern sky

Most likely, according to NOAA, these holes are identical “The excavation or excavation of a sediment-dwelling organism, possibly via a feeding attachment”, But for them, the discovery is above all a reminder of how little we know about ourselves sea ​​surface And the life in it.

Guess what we found when we got down to the seabed?