Home Technology Is there a nuclear risk from the old Brenilis power plant? 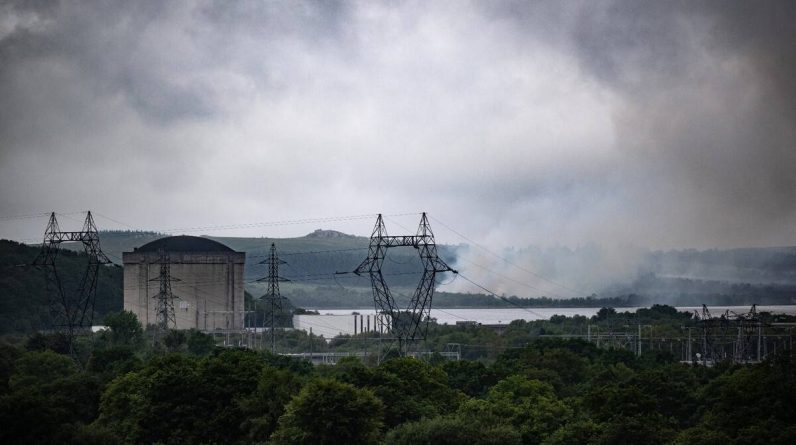 They were in the front row. On Monday, EDF agents working at the site Former Brenilis Nuclear Power Station One of the first to see the thick smoke Escape from the peaks of the Monts d’Arrée. Soon, their administration contacted the Provincial Council Finisterre and firefighters to determine whether their operating site is threatened by fire. The orientation of the wind and the presence of a magnificent lake quickly confirmed them. No, the Brenilis plant is not threatened. However, on Tuesday, most of the employees returned home at the request of the management. “We are not going to talk about evacuation because the fire was far away, but we stopped our work as a precaution because the smoke was coming towards us,” assures Jean Cuccinello.

The man has been running the former nuclear power plant for seven years. Commissioned in 1967, the heavy water reactor was closed in 1985. Soon abandoned, the test technology is subject to an unrelenting decommissioning program that will end at best in 2040, 55 years after the reactor shut down. If the site has been emptied of all radioactive elements as part of a partial decommissioning, the site still contains dangerous elements.

And If the fire is near ? “Our entire installation is installed on a concrete platform. The wooded area is far away. And even if a fire approaches, everything will be controlled. This enclosure protects us, there is no danger to people,” assures the director of the site, who saw more than 1,700 hectares of moors smoking around the power plant.

Waiting for the robots Come cut the vessel of the reactor blockTherefore, even if the flames come to lick it up, the floor will be completely isolated from the fire. “We’re talking about an 80-centimeter-thick concrete cover that can withstand the worst conditions,” assures Jean Cuccinello. As part of a public consultation before the site was completely dismantled, local residents asked EDF about the site’s resistance to natural disasters. “We simulated the worst-case scenario with an earthquake followed by a fire at the site. Even then, we will be below the limits. »