Home Economy Abortion in America: Nearly half of Americans ready to move 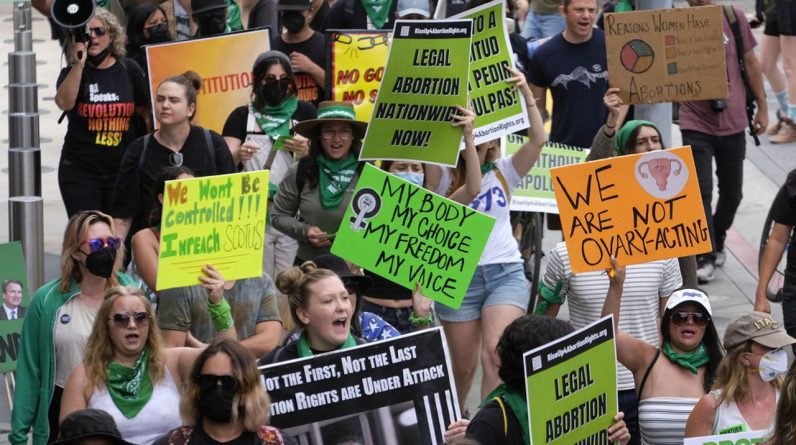 Moving to a state to live up to its values? Almost half of American workers would be willing to do just that. According to a Morning Consult survey of 4,400 American workers, about 44% of respondents who say they worry about not having an abortion (for themselves or a loved one) say they would be willing to go to another. The state is very favorable to voluntary termination of pregnancy (IVG). The only condition: they can keep their jobs and salaries, even if they still find the process difficult.

Last June, the U.S. Supreme Court, the nation’s highest court, buried abortion rights at the federal level by a three-to-six vote. A right guaranteed for nearly 50 years by the Roe v. Wade decision. Although abortion is not banned everywhere, each of the 50 states is now free to recognize or allow it. In 13 of them, especially in the south of the country, some states like Alabama or Arkansas quickly banned it. In other states, the time frame for abortion has been significantly reduced and is on the verge of being banned outright.

Following the Supreme Court’s ruling, “safe haven” states that retain abortion rights expect an influx of residents from twenty or more states where abortion is criminalized or strictly regulated. But at present, such a trend is not working yet.

In 2019, a study by Pennsylvania State University already stated that American workers prefer to visit the states and align with people with their personal values, even if they don’t directly care.

More than half of those polled by Morning Consult say they would find it difficult to accept a pay cut or leave their current job and align themselves with their values. Only a third would be willing to make these sacrifices.

Cost is one reason for such a choice. According to moving company HireAHelper, the cost of moves in the first five months of 2022 increased by 9% compared to the same period last year; And they are expected to increase further during summer.

Another major obstacle is the generally higher cost of living in states where abortion is legal compared to states that prohibit it. In particular, the US is going through a period where the prices of basic necessities like food, gas and energy have never been higher.

Some companies, such as Citigroup or Hewlett-Packard, cover their employees’ general health expenses outside of their residence, but they remain in the minority. Fewer than 15% of people polled by Morning Consulting say their employer took such action following the Supreme Court ruling.

In the United States, more than a quarter of workers in the private sector receive no health benefits. Also, the cost of obtaining a legal abortion in another state is beyond the reach of most working Americans.

According to another study conducted by consulting firm Gartner, most HR managers do not plan to change their health care offering. Henceforth, supporting such costs is “a major challenge for companies,” opines one of the report’s authors. “They spend a lot of time communicating ‘values’; they are now being tested.”