Home World Medical and pharmacy students between strikes and grievances 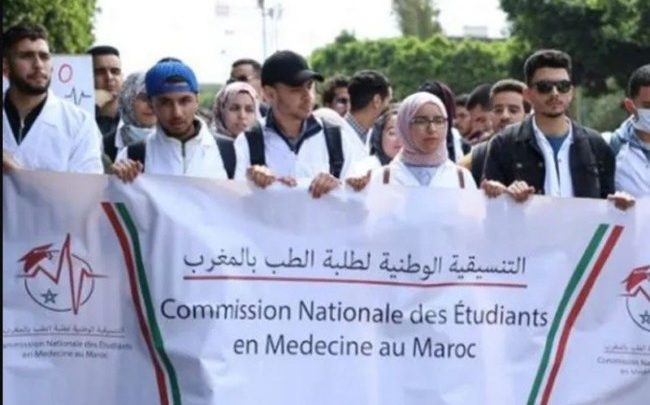 As the National Commission for Medical Students (CNEM) announced a few weeks ago, in early July, future doctors observed a national strike on internships, guards and TP and TD courses. The strike was followed by a sit-in in front of Parliament.

Without avoiding the question of the integration of Moroccan students returning from Ukraine, the public condemns the quality of training these students receive in their faculties, the elimination of a year of medical studies, the lack of internship opportunities, and the like.

Therefore, the CNEM notes in a press release that the supervisory authority did not review the decision to admit students from Ukraine to Moroccan faculties, ‘despite rejecting the mandate of the General Assembly’, as the Ministry of Health recently said. Intended to “submit the matter to the President and Council of Government for consideration”.

In addition, the CNEM recalled that the supervisory ministries in the presence of the head of government promised a contract plan between the Ministry of Health, Higher Education and Finance, which will meet the needs of faculties and hospitals according to logical percentages. Awaiting fulfillment of this pledge.

Minhati, this scholarship for higher education has been the Achilles’ heel of this conflict with the government. Yet according to the commission, July 24 and 25 has been fixed as the deadline for three terms for the benefit of final year students. According to their press release, only one point was urgently raised.