Home World Opening Saudi airspace to all carriers except Israel 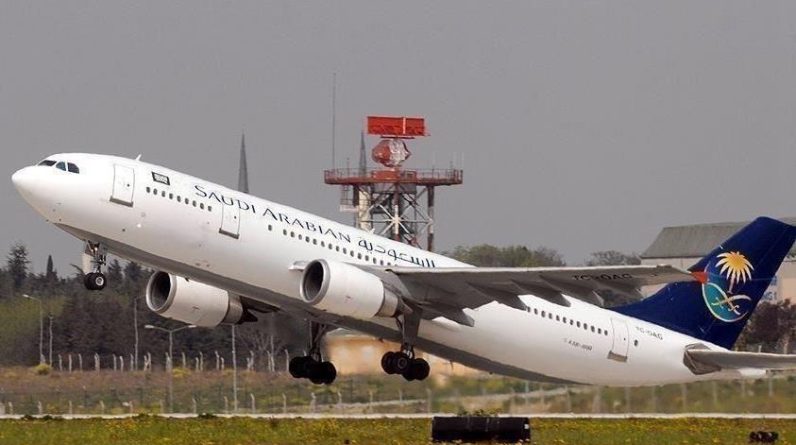 Saudi Arabia’s General Civil Aviation Authority announced on Friday that it would open its airspace to all air carriers that meet the authority’s requirements to cross Saudi skies, although the decision did not exclude Israeli civil aircraft.

In a statement on its Twitter account, the Saudi Arabian Authority said it had “decided to open the Kingdom’s airspace to all air carriers that meet the authority’s requirements to cross the airspace from the country.”

He said the decision comes “to complete efforts aimed at consolidating the Kingdom’s position as a global hub connecting three continents and improving international air correspondence”.

The announcement effectively removes restrictions on flights to and from Israel, as it does not exclude Israeli air carriers.

Saudi Arabia maintains no relations with Israel and generally affirms its refusal to normalize relations with Tel Aviv until the Palestinian issue is resolved.

US President Joe Biden, who is touring the region, welcomed Saudi Arabia’s decision in his first remarks.

White House national security adviser Jack Sullivan said in a statement that he “welcomes the historic decision by the leadership of Saudi Arabia to open the door to all civilian carriers without discrimination.”

“This decision, involving flights to and from Israel, is the result of months of principled diplomacy by the President (Biden) with Saudi Arabia, culminating in his planned visit today,” Sullivan added.

Sullivan noted that President Biden “will announce this progress later this Friday as he begins his historic trip directly from Israel to Jeddah, Saudi Arabia.”

On Friday afternoon, the US president is expected to arrive in Saudi Arabia for his first visit since taking office on January 20, 2021, and the twelfth visit by a US president in 5 decades.

Starting July 13, Biden toured the region, the first leg of which began with a visit to Israel, after which he will meet Palestinian President Mahmoud Abbas in the West Bank. Biden’s tour is expected to conclude with a visit to Saudi Arabia and participation in an Arab-American summit in Jeddah, according to official US and Saudi sources.

Biden’s visit is the first direct trip by a US president from Israel to Jeddah, Saudi Arabia.

US President’s visits to Saudi Arabia are dominated by strengthening bilateral ties and regional issues and events.


Only a portion of the dispatches broadcast by Anadolu Agency to its subscribers through the Internal Broadcasting System (HAS) are broadcast in abbreviated form on the AA website. Contact us to subscribe.