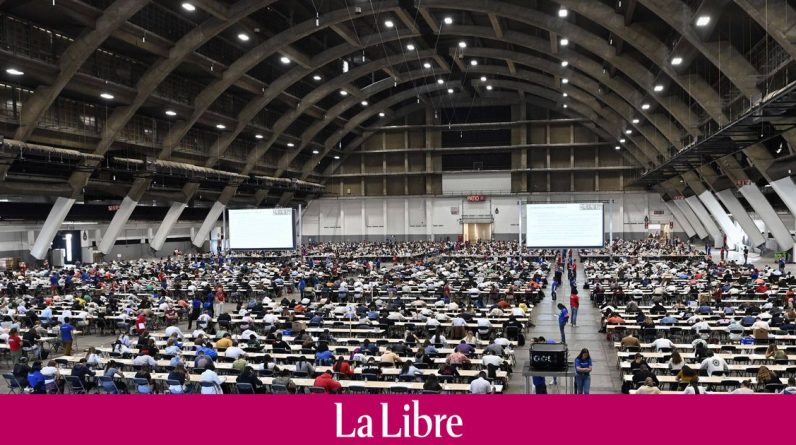 The first test of the 2022 edition – the last – recorded a declaration rate of 6.07% in the entrance exam for medical and dental courses in the Wallonia-Brussels federation, according to the Academy of Research and Higher Education (Ares). The success rate is slightly higher (7.91%) because it includes non-residents where the 30% filter is applied.

It assessed eight subjects divided into two categories: four of a scientific nature (chemistry, biology, physics, mathematics) and four related to communication and critical analysis of information. To pass the exam, it is necessary to obtain an average of at least 10/20 for both parts and at least 8/20 for each of the eight subjects.

“We notice that the scientific part has on average a lower success rate than the part related to communication and critical analysis of information. This is demonstrated by the low success rate in physics, as only 19% of the examinees obtained the minimum. In this case 8/20”, comments Laurent Despi, administrator of Ares. In comparison, the “Communication” section was passed by 96% of the candidates.

The “disastrous” results again prompt the Francophone Federation of Students (Fef) to worry about the “lack of doctors we know nationally” and are “not ready to disappear”.

As usual, the second round is scheduled for Saturday, August 27, under the same conditions as on July 5.

Registration for this second event opens on Friday and closes on August 5.

After five years of service, this year is the last edition of the entrance exam for medical and dental courses. Next year, the exam will actually take a competitive form. So clearing the exam is not enough, you need to rank in the effective order to get admission in the university of your choice.

According to Fef, “this choice, motivated by socialist arguments and justified by unsubstantiated economic considerations, is not a solution to fight against the shortage of doctors”. The results of the first session of this year’s entrance exam have “proved”, he said, “that such a competitive system will select anything not on the basis of concrete results but on the basis of an arbitrarily decided number”. Political stakes before citizens’ interests.”